Italianess “You are not Italian, where are you from?”

An innocent question, made typically out of pure curiosity by the person I’m speaking to. Usually, it’s followed by..

I always wince a little when I hear that for two different reasons. One, I have lived in Italy full stop since 2007, and after 10 years my Italian SHOULD be good enough to render me understood and two, I know they won’t say that to Nico, my French husband that everyone assumes is Italian. Sure enough, from Milan to Sicily, from Naples or recently, the shores of Capri — without a doubt as sure as every Prince fan knows the words to “Purple Rain,” someone here in Italy will be amazed at my husband being French and yet speaking like a native Fiorentino. No one ever says that to me. Clearly my lack of rolling an “r” or intonation on the wrong syllable marks me as an American clearer than if I was decked in workout gear and carrying a fanny pack (sorry British friends, I know you call it a bum bag) and while I have wholly accepted that reality, I am a human and it does make me slightly sensitive sometimes. More so when a well-meaning business owner insists on switching to English when they detect my accent.

But it had me thinking recently after an awkward exchange at a local shop in the center of historical Florence. The saleswoman was trying to engage me in the very Florentine art of complaining, namely about the changing face(s) of the city and how everything was “meglio prima.” (better before). Surely she was thinking of a time that Florence was quieter, I could give hear that. Probably more “local” too, I could give her that as well though with the English signs dotted around her shop, surely she had benefitted financially from outsiders for quite some time now.  The “better before” line is something I’ve heard all too often from older generations from every country in the world, well maybe the luckier ones

In my personal opinion, these people tend to have something I like to call “nostalgia amnesia,” they pick and choose what parts of history that play a happy tune in their heart. The farmer’s markets, the family vacations, the very way of Italy and Italian lifestyles. However, the darker side of a country that has carried its fair share of issues throughout centuries, domestic terrorism, tax evasion, fascism in WWII doesn’t seem to register in these flash back moments. Italy also hasn’t been “Italy” for that long, unification occurred on March 17, 1861 which combined the regional states of the Italian peninsula with the islands of Sicily and Sardinia. The very meaning of Italian in general could be argued on the basis of outside invaders since the dawn of time. That’s why Naples has such a Spanish influence along with Arabic and Greek inflections further down south.

“Do you like living in Florence?” she says, all while squinting at me through her small-framed glasses.

I switch to Italian and answer that yes, I do in fact.

I’ve been here 10 years and I accept the good and the bad, mass tourism included. She continued on lamenting the fact that recently a group of youths had been loitering near her store. I could tell from her language that she wasn’t talking about Italians. I sighed and thought, “listen lady, I just came in here to buy a bow-tie for my husband. “ Who I secretly “hated” in that moment as he happily whistled while tried on his accessory and I had to listen to this annoying rant. My mind wandered to the Italian youths I had tutored in the past and their fascinating — yet, horrifying stories of tawdry debauchery in the streets of Florence. This behavior certainly isn’t reserved for one nationality, idiots exist in every country.

I responded said “well, my husband and I are foreigners too, having both electively choosing to live in Italy by our own accord and we continued the awkward discussion. “Oh well, you guys are different,” she muttered as she failed to meet my eye level and continued her rant against foreigners taking over the center of the city and women wearing headscarfs suddenly came into play.

I was at this point desperate for Nico to get out of the dressing room as I know how heated I can get about these polarizing discussions. “I’m not talking about you, you’re different,” makes me see red at times though both Nico and I are used to being told that. Him in the meaning of “you aren’t like other French people who I’ve met and consider total assholes on the basis of my ignorant lack of coming into contact with any French people on a real, human basis.”

Nico is nicer than me. He just smiles and says nothing, but seriously I will never understand how people cannot think about their words. Nico might speak perfect Italian but he grew up in France, has respect and love for his country and of course his family. When people reduce an entire population to an ugly stereotype because of one bad experience in Paris, it’s pretty sad.

In this particular situation, of course, French people in Italy were probably this woman’s ideal clients, she was referring to people from Africa, the Middle east, places she didn’t understand, and more importantly, didn’t want to understand. Of course, the fact that we just met her, and could have used that new yellow bow-tie adorned with pretty flowers to strangle someone if we were Dexter-style killers, well she couldn’t have known that, could she?

The “you guys are different” thing is way more dangerous than it seems, because at least to me it clearly means it is not about foreigners “in general” that could be annoying, destroying, or simply making the country “change” relative to whatever it was before, but it is about selecting who is better than the others… And this is the most accurate definition of racism.

It had me thinking of just what it takes to be “Italian.”

Or is a nationality tied to so much more that I just don’t get?

I think of the way that people in Europe like the French Marie Le Pen use the fear of a loss of a country’s identity to drum up support for a political party against immigration. A proposed policy based on fear, something we often see in today’s politic hot-button climate. History isn’t enough to sway us. That our grandfathers, great-grandfathers may have left their barren lands to migrate to a better life seems too far away from today’s imagery of over-filled refugee camps and slave trafficking from Nigeria. Compassion at times seems secondary. Of course, there is no perfect solution to mass people migrating or how countries should accept or not accept the flow of people. If there was a perfect solution, we wouldn’t need to talk so much about it.

I apologize if I go off on tangents, but this post is really a leeway to talk about personal experiences and most importantly, about one of our Italy blogger roundtable friend’s new book called “Across the Big Blue Sea,” about my friend Katja’s own experience working in an Italian refugee home. It’s not a book bent on glorifying immigration or meant to make you sympathetic to anyone’s cause but rather a very true and honest account of her own experiences during one very interesting, and at many times, turbulent year.

At a recent book presentation of Across The Big Blue Sea at Todo Modo bookshop in Florence, we had an interesting discussion about the book. One question posed was “what about jobs, shouldn’t they be reserved for Italians who are unable to find positions in a very tough economy?”

Katja kindly answered with “well, in my small Tuscan village, our school would have been closed if not for the children of immigrants, that means less jobs for teachers and the school itself, also the local gelato shop or hospital.”

This of course due to the serious drop in baby-making in a country that is ageing quickly. Besides the people Katja is referring too, if people like Nico and I left, our taxes would go with that. That might mean less money for pensions, and less funds allocated locally in Florence. As you can see it’s a discussion with a slippery slope but one that is absolutely worth having. The Italy as it was centuries ago, might more honestly reflect the Italy of now, becoming the homeland to many different nationalities. As it was once in the time of the Greeks, Romans, Spaniards. Luckily most of the people I know in Italy are open and kind, many of my friends are married to foreigners and having a dual or try-lingual household isn’t a rare thing here. Most people like us, we’re the “new Florentines” or “Nuovi Fiorentini” something I often say in test to my Italian friends but truthfully, I mean it. The times are changing and it’s time to accept that.

If you want to buy the book “Across the Big Blue Sea” you can do so here (plus check out my reading list where I speak a little more in-depth about it). Also please check out the wonderful posts of my fellow Italy roundtable members.

Cover photo of Nico and I at Ditta Artigianale was taken by Christine Juette Photography. 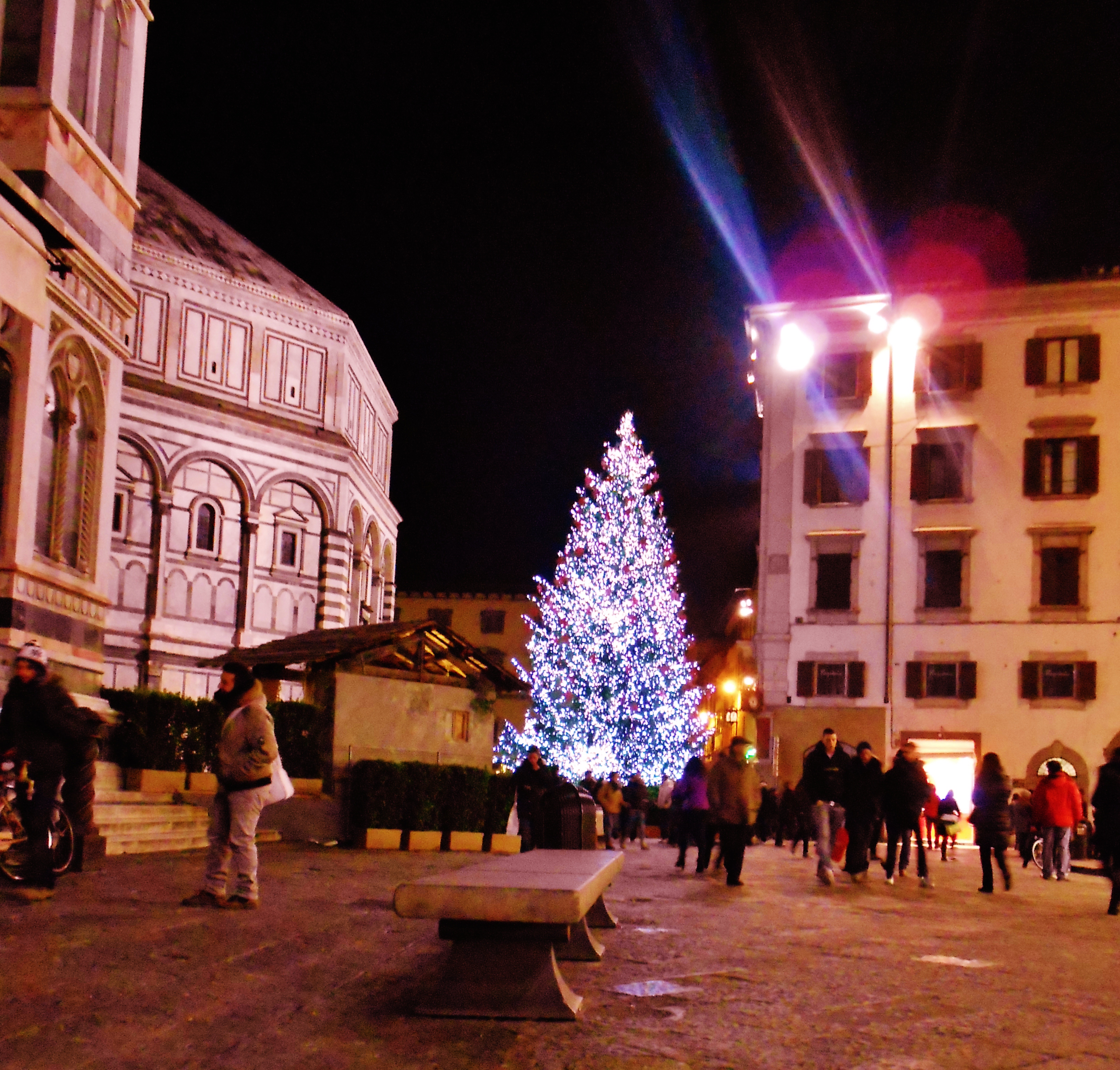 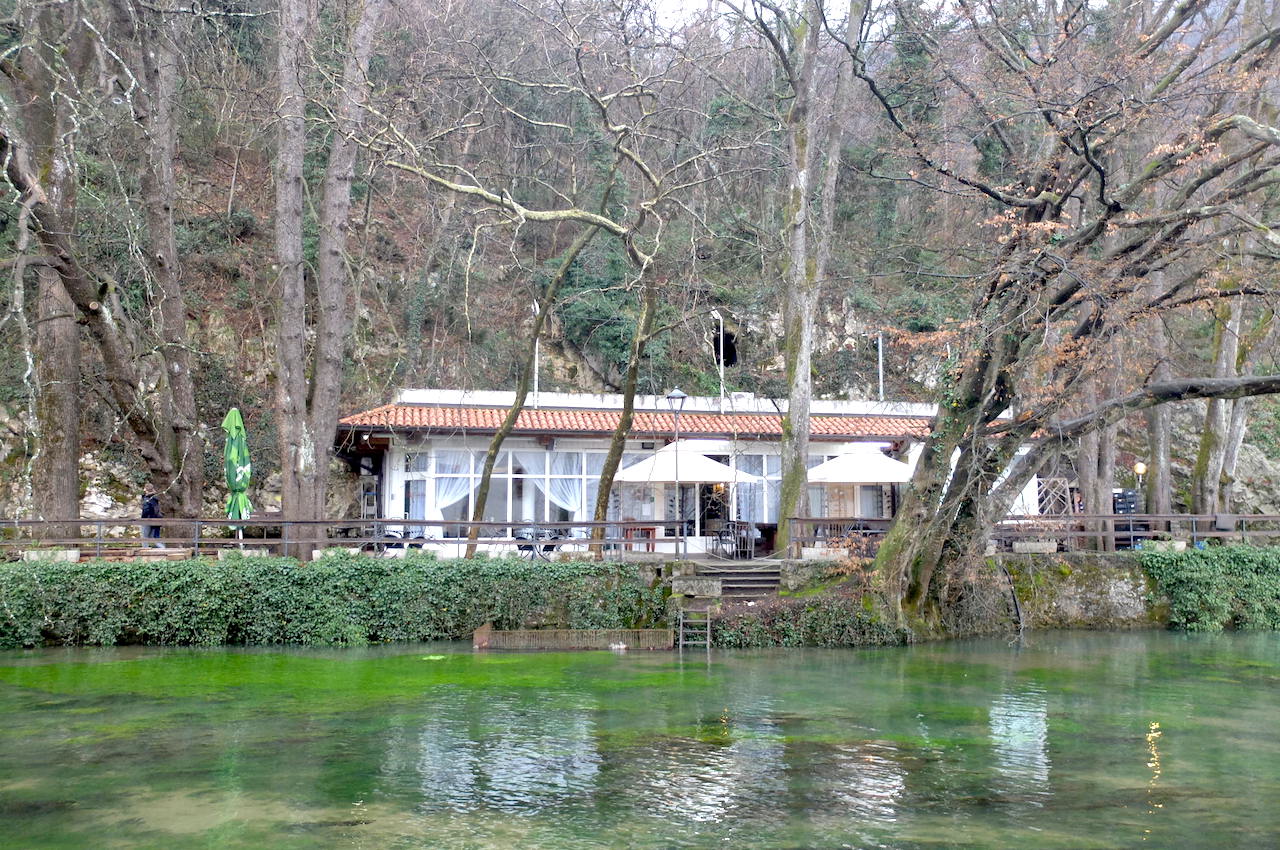 Slovenia Just Might Be The Next Big Thing For Wine 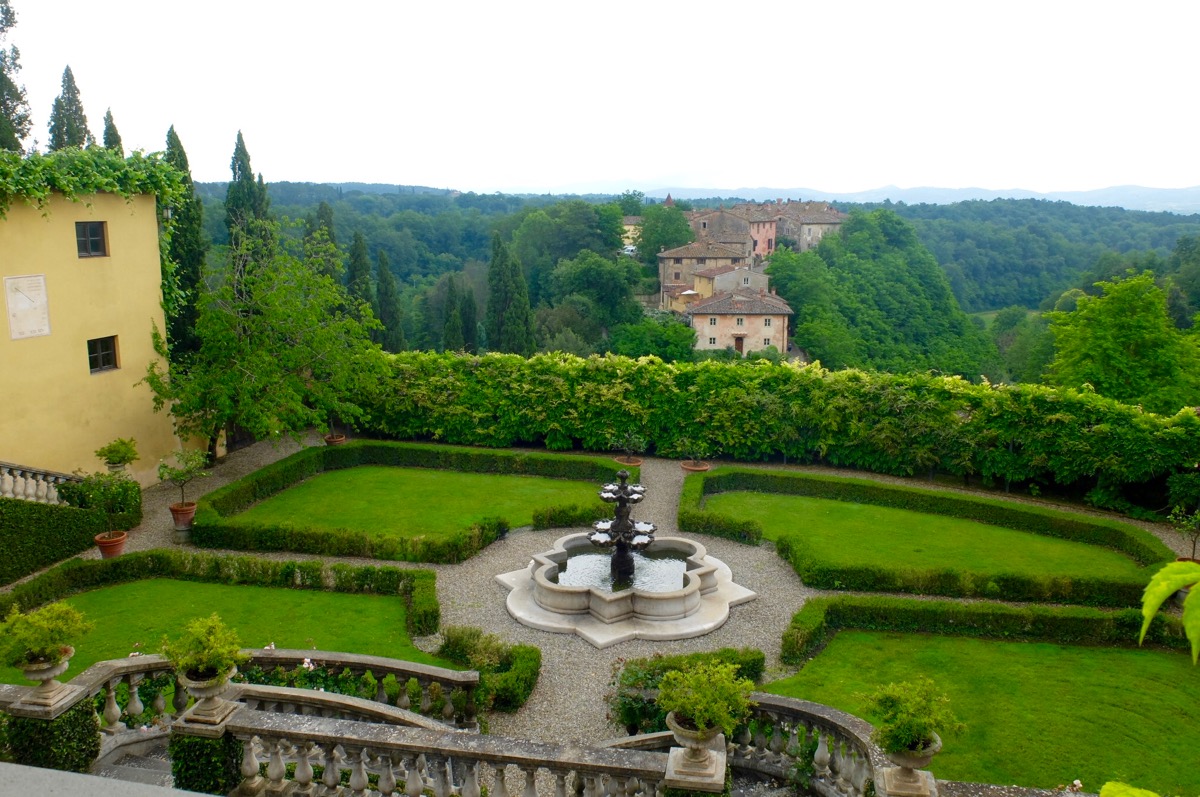