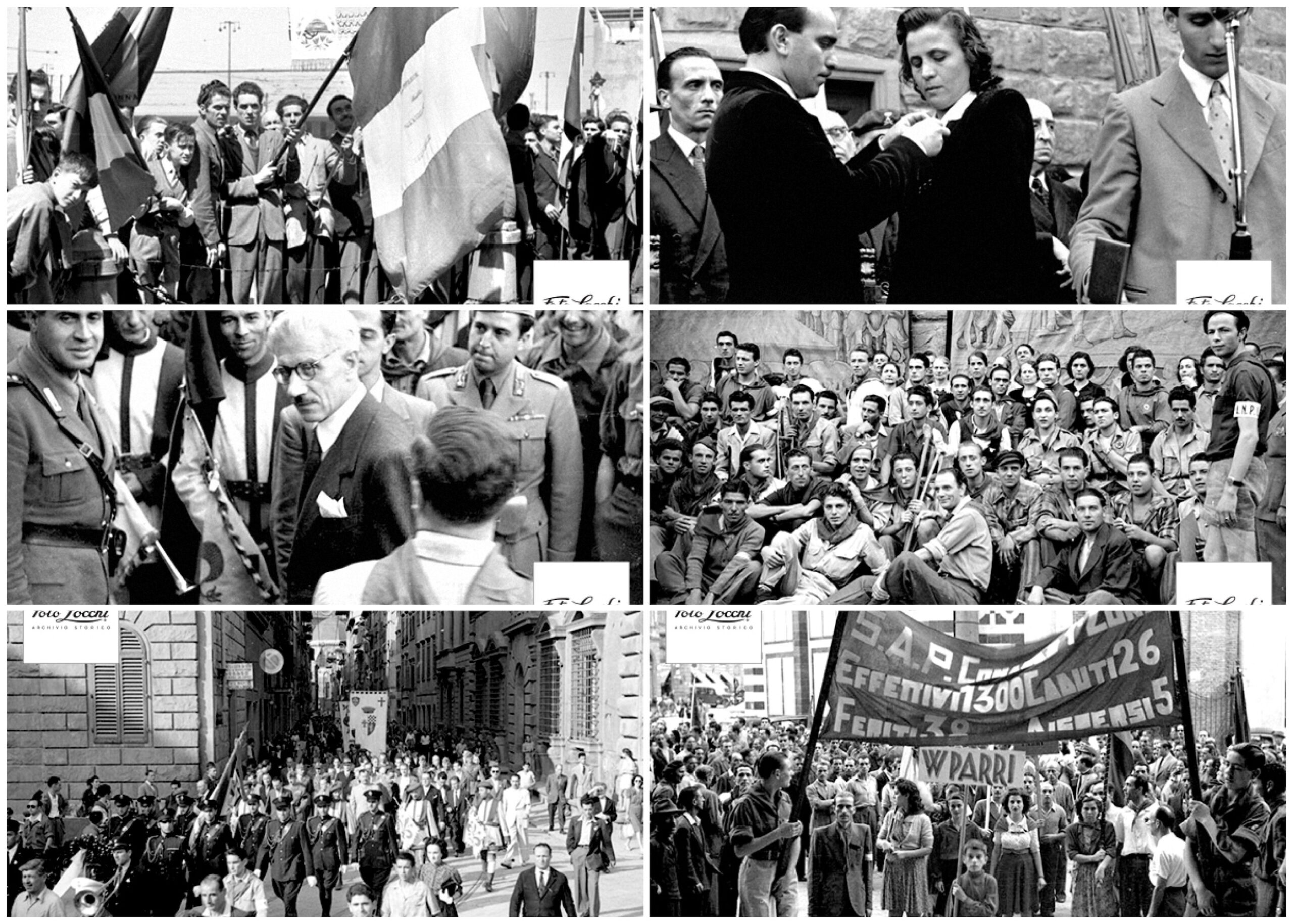 Happy Liberation Day in Italy – A Historic look in Florence

Today, April 25th, is a national holiday in Italy celebrating “Il Giorno della Liberazione” (Liberation Day) or La Festa della Resistenza – 75 years later. This day commemorates the fall of fascism and end of Mussolini’s rule. It is also known as the Anniversary of the Resistance in Italy, marking the end of the Nazi occupation of the country during World War II.

In a way, we can learn a lot about fortitude to get through this time from the tragedies humans have dealt with in the past. The coronavirus has taken the lives and limited personal freedom (for the health of us all – thankfully!) with no clear end in sight. Doctors and nurses battle to save lives and economic disaster looms wearily over us all but one day this will be over. We can take inspiration through learning about trying times in history in order to better reflect on how to cope today.

While April 25th is the national liberation day in Italy, each city’s official dates of liberation are naturally spread out. The city of Florence held their liberation celebrations in the month of August starting from 1945. I got in contact with the lovely Erika of Archivio Foto Locchi who was kind enough to let me show you some historical photos from that day, 75 years ago.

You can only imagine the atmosphere during this time.

1944: Of tanks rolling down the streets, soldiers advancing through the city’s roads full of dust, smoke and rubble in the city of Florence with Germans on the roofs of houses to observe the territory as they planned their retreat. Florentines ordered to be home. All bridges over the Arno are demolished, only the Ponte Vecchio remains, and is heavily guarded.

Already in July, the tension was rising, especially after the dramatic death of one of the heroes of the Resistance, Bruno Fanciullacci in Piazza di Santo Spirito. A German truck entered Piazza Tasso on June 17th at 8pm. The piazza, in the Oltrarno neighborhood was known as a meeting place for Partisans. The civilians on the square were running to seek refuge in their homes but the soldiers started shooting, killing a number of people, including 4-year-old Ivo Poli on the threshold of his house. This episode known as the massacre of Piazza Tasso is remembered by a monument by Venturino Venturi on the square (source – Florence with a Guide).

To explain the meaning of August 11, 1944 in Florence, you just need to understand these words spoken on August 10, 1945 as the Gold Medal for Military Valor was received by the city of Florence.

“Generously and tenaciously in the military operations that ensured her Liberation, she lavished herself in every form: fearlessly resisting the prolonged, angry Germanic bombing, mutilated in both people and in the famous works of art. By valiantly fighting the snares of snipers and Germanic soldiers. Contributing with all strength to the Resistance and to the insurrection: in the center, on the banks of the Arno and Mugnone, in Careggi, in Cercina and everywhere; he donated the blood of his children copiously so that a free people could once again express themselves in a free nation ”.

On the afternoon of August 8, 1944, the military command of the Resistance has already put all the action teams on alert because from of the many signs they received that the Germans were preparing to leave the city while the Anglo-American troops still lingered south of the Arno.

The agreed signal of the general uprising was to be the sound of the bells ringing at the Palazzo Vecchio, the Martinella. In the night between August 10th and 11th the Germans began to retreat and at 6.45 the chimes of Martinella called for a fight.

The insurrection was ignited everywhere but the partisans were not alone because at their side there were people of all ages and all social groups, ready to participate in a decisive battle for the liberation of the city along with the allies stationed south of the Arno.

The partisan units waded the Arno through the Pescaia di Santa Rosa and engaged in battle with the German rear-guard, tackling first the fascist snipers who continued to shoot and kill people from roofs. In the evening, after some intense afternoon clashes in the Rifredi area, the first allied units then entered.

Meanwhile, from the first chimes of Martinella, the National Liberation Committee took office in Palazzo Medici Riccardi, while in Palazzo Vecchio a city council, designated by the CLN, takes over the administration of the city. The Mayor was announced as Gaetano Pieraccini (a doctor and researcher in the field of work pathologies), while his deputy mayors were Renato Bitossi and Adone Zoli.

A special thank you to Emily Collins for reminding me of this episode of Paisà, an Italian neorealist war drama film covering several episodes, by Roberto Rossellini (below on Youtube).

Here are a few photos of the first liberation anniversary celebrations in Florence, Italy spanning the years of 1945-1947.

You can read more about the partisan battles that took place in and around Tuscany online here (In Italian), find war memorials around Tuscany and I really enjoyed this diary here.

A note about Archivio Foto Locchi, this incredible archive association is recognised by MIBAC and now has over 5 million photographs on the history of Florence and Tuscany spanning from the 1930s to the present day, preserved in the form of original negatives. Images from the world of sport and entertainment, fashion and great history, but also picturesque fragments that tell the customs and everyday life of yesterday and today. It has been somewhat of a blog life goal for me to do a collaboration with archives like this since I know I am not the only one who is keen to see Florence, Italy as it was before through photography.

How Are Italians Celebrating Today

Traditionally today is marked with large rallies all over Italy, organised by the Associazione Nazionale Partigiani d’Italia (ANPI), while most shops and business remain closed for the holiday. Instead ANPI has invited quarantined Italians to sing Bella Ciao, the anthem of the anti-fascist resistance, from their balconies at 15.00 (source).

The event’s Facebook page reads: “Today this song is a worldwide hymn to freedom, to the dignity of oppressed peoples who find in the word” partisan “the courage to rebel against any type of invader. It is a duty for us to give depth to historical memory, pass it on to new generations, to explain that today’s freedom is the fruit of yesterday’s blood “. “#Iorestolibero and #bellaciaoinognicasa are the slogans of today’s Liberation celebrations.

Events are limited to the digital sphere and by lone government representatives laying respect to those who lost their lives during Italy’s liberation. The governor of Tuscany Enrico Rossi (who will give a speech on Facebook at 9.30 am) will celebrate the Liberation with the mayor of Prato, Matteo Biffoni, together in Figline di Prato to remember the massacre that the Nazis carried out the day they had to leave the city on September 6, 1944, killing 29 partisans captured the day before.