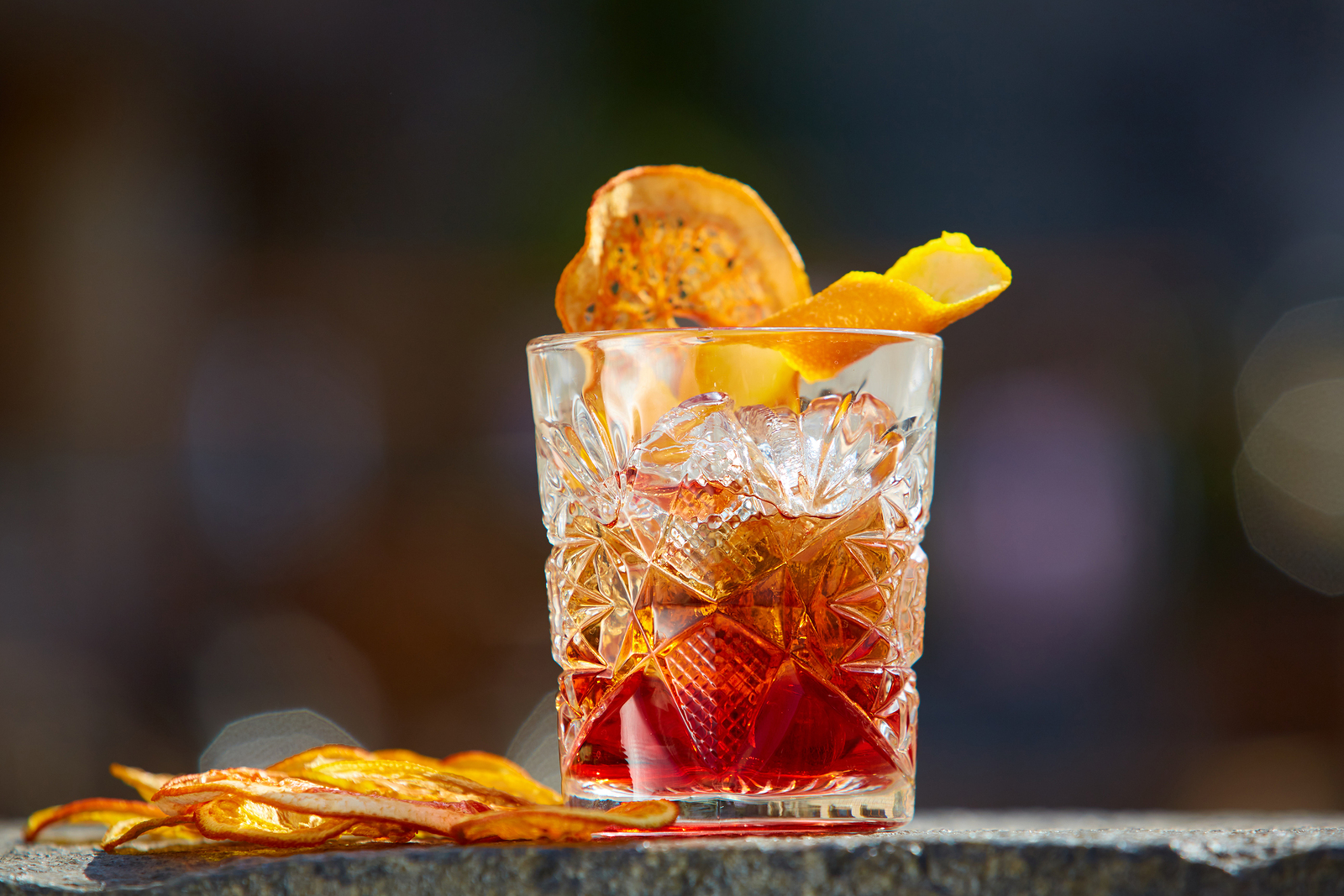 A Love Letter to the Negroni Cocktail: Celebrating 100 years of this iconic Italian cocktail

When it comes to aperitivo drinks in Italy, you can’t come to the city of Florence without trying a negroni cocktail. Its ruby red color is as alluring as it is mysterious. A confident drink, unapologetic in its simplicity, served over ice and typically drunk before dinner. 1 part (1oz, 3cl) Campari, 1 part (1oz, 3cl) Gin, 1 part (1oz, 3cl) Red Vermouth and a slice of orange.

Sure, I admittedly am a girl who likes “uncool” drinks like the Aperol Spritz and will almost always choose a Mezcal margarita over anything else, but I have to say there is a special place in my heart for the negroni and all that it means to the city of Florence. 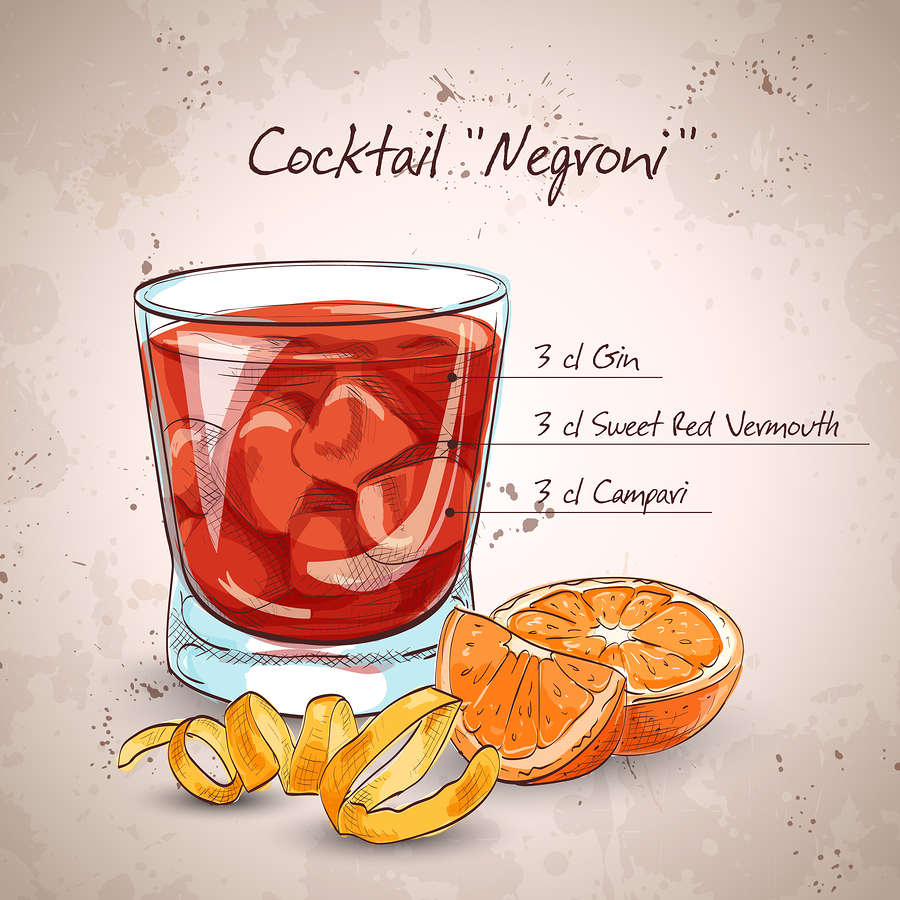 Get a good one and it will be a bit like a refreshing cold shower on a hot day.

Did I mention Florence is currently going through an epic heatwave?

Like many a love story though, it can often come with its fair share of lover’s tiffs and minor misunderstandings. I wasn’t always a fan of the negroni, actually you could say that I actively avoided this drink during my early years in Florence, Italy.

Why? Well, it is strong and bitter, often served a little too warm at the many shitty bars that my friends and I would frequent during my study abroad years.

At one point, I remember visiting a coffee bar during morning break in my year abroad and politely asking for a negroni after hearing about it in class. Naturally, I had it completely wrong and thought it was something “light” – maybe a bit like a lightly-spiked orange soda.

I couldn’t have been more wrong, of course, and I spent the rest of that hour pretending like I actually meant to order that strong of a cocktail before 10am as the local nonni and stay-at-home mothers glared at this heathen Americana drinking like a fish while they calmly sipped their cappuccini and nibbled on pastries.

I was the town alcoholic that day and likely provided plenty of local gossip in the Piazza Beccaria set for weeks to come. That until someone peed in broad daylight at the bus stop, they took the crown (thankfully) after that.

It was years before I confidently ordered a negroni again, partly because my tastes just weren’t sophisticated enough to appreciate this kind of drink.

Also, when it came to “going out” at the time my Italian friends liked to order the cheapest, smallest beer and sip it as if it was cognac over a four-hour period standing outside of the bar which used to drive me crazy. A bit like that annoying “squillo” quick-hang up phone call where you are meant to call someone back so they don’t have to use their minutes ie: pay more money. It’s pretty safe to say that I do not miss those years.

Later though, as my economic situation improved and I met friends who didn’t want to stand outside shitty bars for hours on end talking about calcio, cocktails became a thing again. Something to wind the day down with, a reason to catch up with a friend; weekends were often awash with several cocktails (sorry mom) and a long dinners.

When I met my husband Nico and we were just friends, he used to partake in a nightly negroni after work (hardcore, I know) and I thought he was so very sophisticated in his choice of beverage.

I myself graduated from the Americano to the Negroni with the help of friends like Coral Sisk of the Curious Appetite who are far better versed in food and drink than me and we would go to Caffè Gilli, Rivoire, Fusion and other places that actually had interesting bitters and could make anyone love this drink. Practice makes perfect right?

For those visiting Florence, coral offers an aperitivo tour in Florence where you can try this cocktail in some of the best places in town along with learn more about the aperitivo culture in general. I’ve done this several times with friends and we’ve all enjoyed it.

So naturally I asked Coral to share her own favorite Negroni since she helped me to fall in love with this drink, and she said:

I used to go to a bar called Canon in Seattle who was known as a bitters and whiskey emporium before I moved to Italy in 2012. The owner loved Negroni and had a trio on the menu called the Negroni experiment which were 3 riffs on the classic, this is when I discovered the drink then when I came to Florence it became my staple, especially loving it initially at a dive near my house on Via de’ Macci simply because of the divey bar itself and the whooping deal it was at 2.50eu, now my tastes have changed and can’t quite stomach free poured Negroni and prefer a toner version at craft spots like Locale or classic haunts like Caffe Gilli

An Icon Throughout a Century: Happy 100th Birthday Negroni!

This year the Negroni officially turns 100 years old and you could reason that the king of aperitivo is living its own sort of new Renaissance as it has gained popularity around the world. with bars featuring their own versions In fact, if you really want to get to know more about this drink, by the book written by famous local bartender Luca Picchi, who penned Sulle Tracce del Conte: La Vera Storia del Cocktail “Negroni” (‘On the Trail of the Count: The True Story of the Negroni Cocktail’) 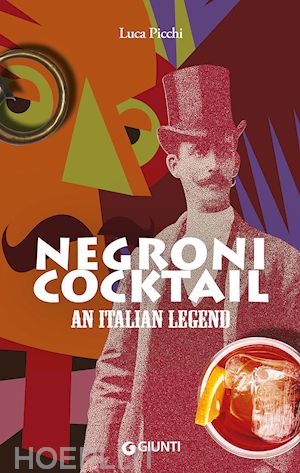 So, first, let’s go back to basics. Where did it come from?

The negroni was said to have been invented in 1919 Count Negroni, who asked his friend Forsco Scarselli to add a touch of gin rather than soda to his Americano, in honor of his last trip to London at the Cafe Casoni (once located on via tornabuoni or nearby) in Florence.

Camillo Negroni himself was quite a fascinating figure. He travelled extensively in America and may or may not have been a rodeo clown at some point (you can’t make this stuff up!) before coming back to Florence and inventing the cocktail we all love so much. Obviously, as with any good story, there are naysayers however according to this source, Camillo Negroni DID exist but I still am more confused than ever if he has that guy with a top-hat on Wikimedia commons… alas we may never know!

Over the years, the negroni has been appreciated by many celebrities and writers. In fact, while working in Rome in 1947 writer Orson Welles sent a message to the Coshocton Tribune describing the relatively negroni as: “The bitters are excellent for your liver, the gin is bad for you. They balance each other.”

Anthony Bourdain, who is very missed by everyone who has ever cared about food, loved the negroni too. He shared this with Thrillest “A Negroni is a perfect drink as far as I’m concerned,” says Bourdain, adding, “ It’s three liquors that I’m not particularly interested in… But put them together with a slice of orange. It works… That first sip is confusing and not particularly pleasant. But man it grows on you.”

You’ll often find variations of the drink like the Negroni sbagliato where brut sparkling wine replaces the gin making it less alcoholic and perhaps a bit more palatable for some. This article by Catherine Sabino for Italy Magazine shares plenty of recipes worth emulating. As for making the perfect negroni, I’ve read the secret lies in the quality of the bitters and the sheer amount of ice in the glass.

This recipe comes courtesy of cocktail guru Julian Biondi and Coral Sisk of Curious Appetite. Coral included this on the week-long menu for a Negroni Week kick-off event in San Francisco

A riff on the classic, imagining how Negroni would have ordered a Negroni in the Italian South:

Notes: strong drink, make sure there is at least 10% or 20% dilution with ice cubes during the making

Coral also has generously written a post on where to try a negroni cocktail in Florence (score!)and if you want other recommendations for where to get drinks in the city – here’s my general list.