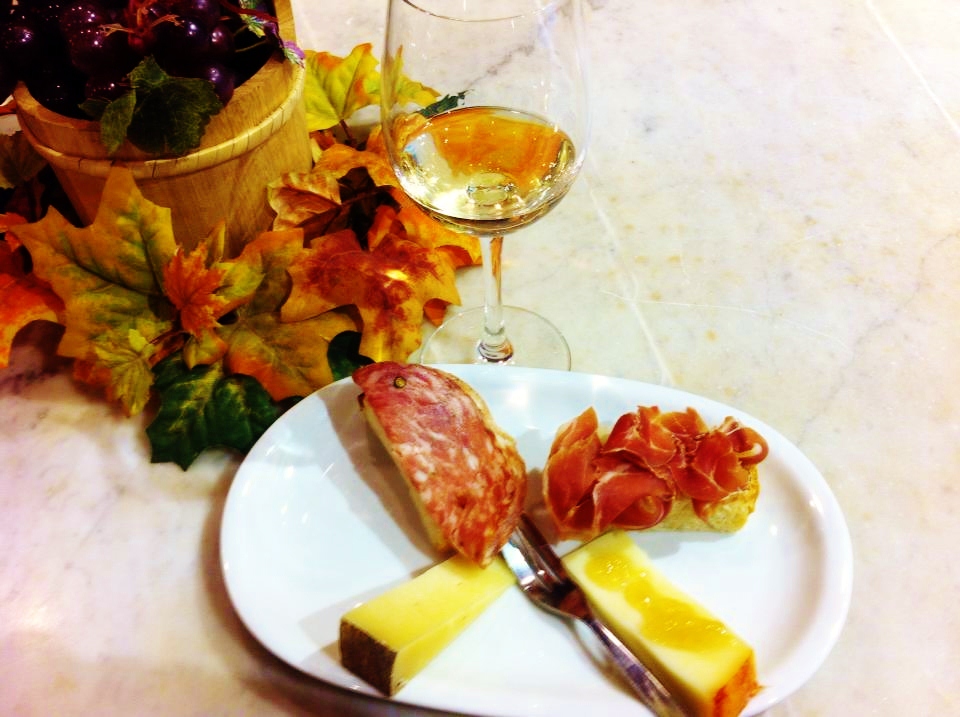 This is a fun post to write because instead of my point of view [girl in florence] this post is based on the experience of my Florentine born-and-raised partner in crime — t-man. If you haven’t guessed yet t-man is my nickname for tommaso. When we first met I kept messing up his name royally so I gave him a nickname and he happens to be ok with that since everywhere you look in Italy, names like Tommaso, Alessandro, Andrea, Daniele, Lorenzo are so popular if you call out this name in a supermarket 10 people will swivel their head at you.

Back to the theme at hand – a food tour for a Florentine in none other than Florence, Italy. Both of us are food passionate people and love to eat great local food. He of course was raised around delicious seasonal food while I was acquainted with the ‘fruits of the land‘ a little later in life.  I remember a time not long ago when I actually thought pretzels for dinner were a good idea. So when he got the opportunity to join our good friend Rob, the other half at the really awesome La Vita e Bella Blog to go on a food tour organized by Florence Tasting, – he jumped on the opportunity. The funny thing is he kept asking me “do you think breakfast will be included or should I eat here first” at least ten times! Honestly, after the second answer of “I don’t know” I couldn’t believe knowing whether there was a brioche [croissant] involved was such a big deal for my Italiano, ;).

When we met up later in the day, I picked his brain – or in this case his stomach to see how the tour went from the point of view from a local. They started at the famous coffee bar in the center of town –  Chiaroscuro, owned by a colorful character named Massimo. To be 100% honest, I haven’t always been a fan of this place because I felt it was overpriced [if you sit down] though the coffee IS good. They started by having a coffee tasting between non-toasted and toasted coffee beans.

The toasted beans were from Mexico and India. Mexico beans being lighter with a hint of chocolate while the beans from India were stronger and contained more caffeine. Apparently they normally mix the two when they make coffee since the beans from India were too strong alone. Massimo also gave them advice on how to spot a great cappuccino, namely looking at the consistency and thickness of the foam topping, thick=good, thin = not good. He also explained how they did the designs, using a little stick to draw hearts in the foam, presumably for the ladies, classic.

The second stop was at a Florentine Institution called Procacci, a really cute delicatessen specializing in truffles on via tornabuoni owned by the famous Antinori wine family. They explained to the group about the difference between black truffles {found all over Italy} compared to the rare and pricey white truffle found in Piedmont and San Miniato. Also this is a big one, apparently ‘truffle oil’ is a complete SCAM! You can’t mix olive oil and truffles successfully to get that flavor and it would be very very expensive yet the bottles sell for 10 or 20 euros. Welcome to the evil chemical – flavor industry to jump and ‘create’ this scent out of nothing natural. We had NO idea about that!

Back to Procacci, I have never been to this place myself and after t-man described to me small, soft paninos with a beautiful truffle cream filling. I demanded him take me ASAP since I am a slave for truffles!

The next stop the man date of the century was La Divina Enoteca located near mercato San Lorenzo. It’s from this enoteca that the picture above came from (wine glass with pecorino & marmalade & cured meats). They tried a red and a white wine, both smooth [not chianti] and surprisingly t-man raved about the white from I Veroni, usually his least favorite. 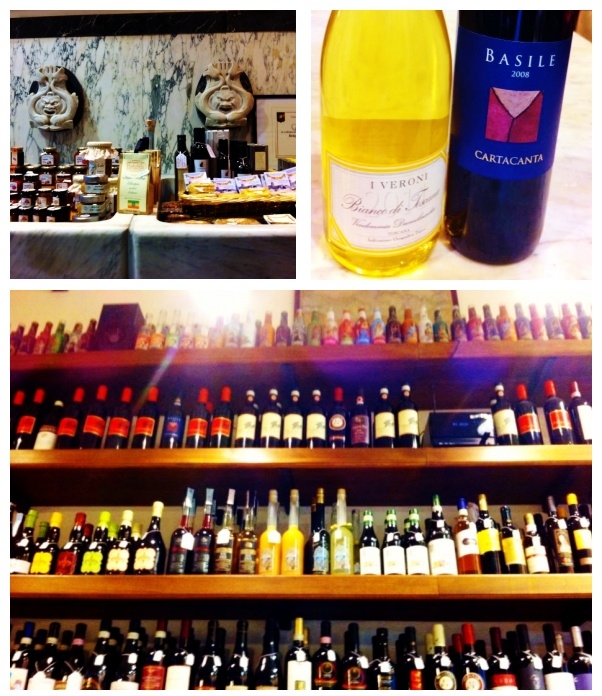 They went on to discover the central market trying different types of olive oils, spicy and light or darker and intense and balsamic vinegar. One of the samples came from a bottle worth 80 or 90 euros and obviously aged marvelously. I always bring back good balsamic vinegar (but not 80 euros) when I visit home. They used bread to sample the olive oil while for the aceto balsamico, grand padano cheese was used. Which I told him, we should do at home! I would have never thought to mix the two – cheese and balsamic but it sounds fabulous!

They ended up with a gelato at Le Parigine on via dei servi {one of our favorites} and t-man is a fondente, dark chocolate kick at the moment. I told him nothing says “man love” to me more than sharing a gelato instead of a beer. 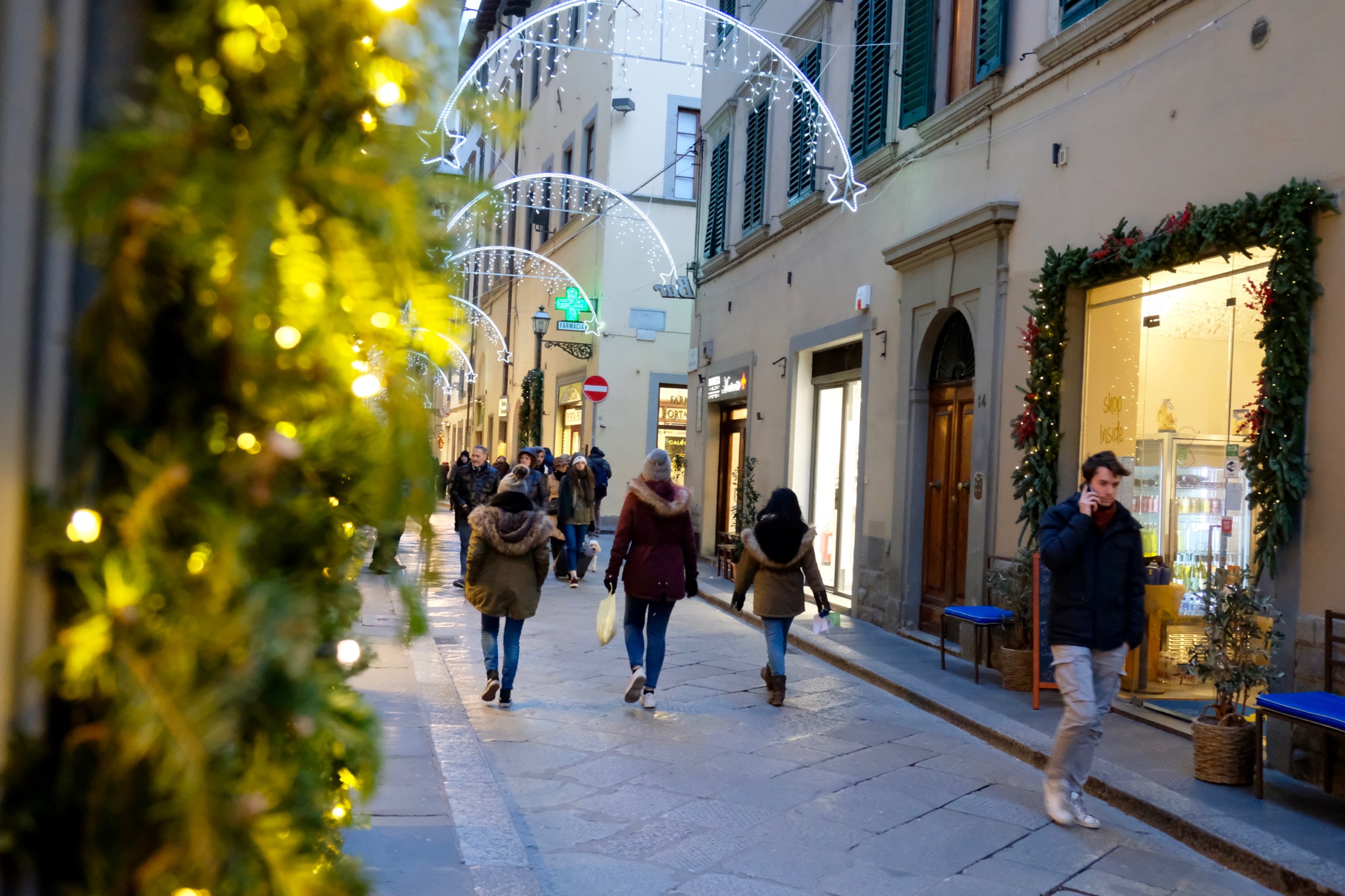 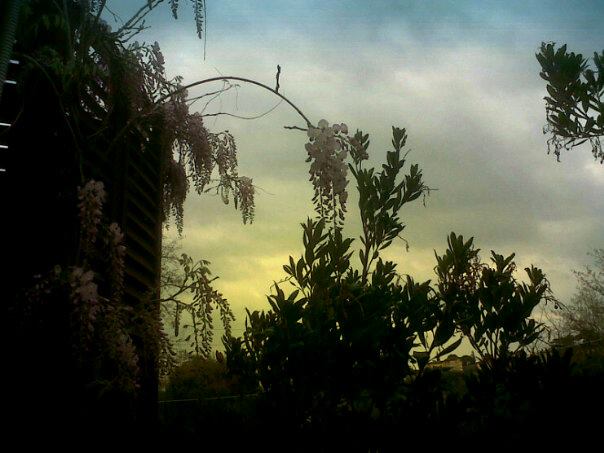 Florence in April? My picks 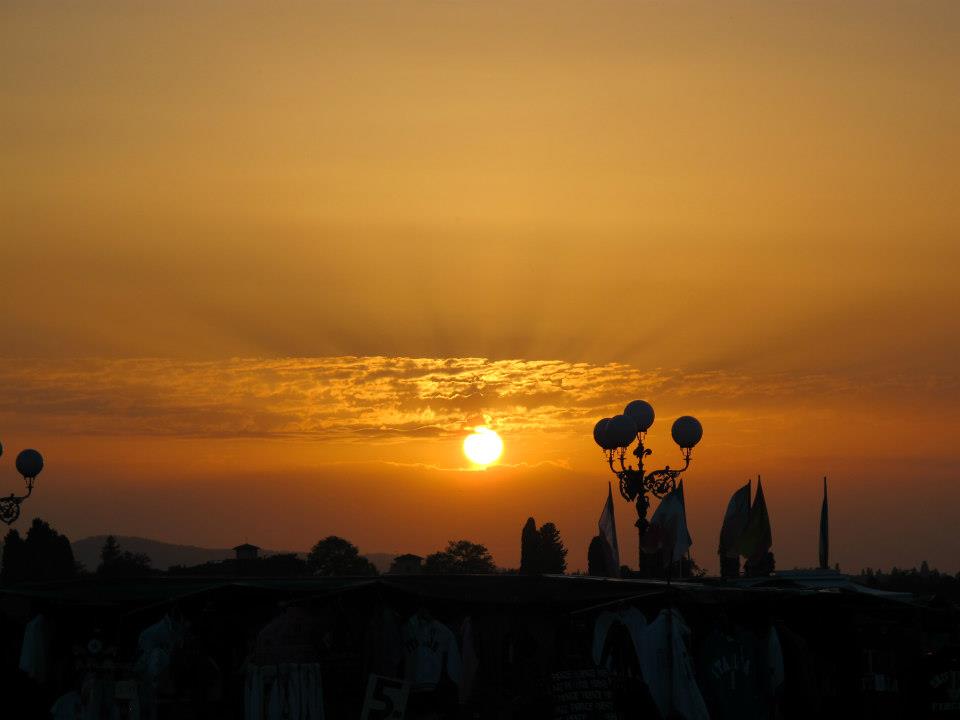