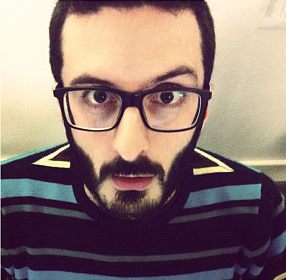 It was about time ‘Locals I Love’ got a little love from the male gender. Naturally I am a girls-girl hence why so many of the interviews so far are women, but I will really try to mix it up a bit. After Aidan, Ivo was a great interviewee – and not just because he has the last name of my favorite animal in the world, the lovabe hedgehog! I first met Ivo last year when I was on a blog tour during the 2012 edition of the Internet Festival in Pisa. A little backstory – Ivo is Italian in origin and works in communication strategy while also organizing blog tours. His favorite drink to unwind after a long day? Chinotto | apertas | caipiroska alla fragola | moskow mule. The fact that he picked four makes his that much more awesome.

How long have you lived in Florence and where are you from originally.

I have been living in Florence for two years now, I come from the island of Elba, but I was born in Busto Arsizio, Varese province from Neapolitans parents. In short, you could say that I am a mixed Italian

I originally came to Florence to looking for fresh air, to be stimulated and compare a new city from where I was before. In fact, I came from the Elba island and then went to the city of Siena. When I finished university, I got a job in Elba, first in my small town then at a start-up focused in tourism. Although I continued to collaborate with the University of Siena, I preferred to be based in Florence. I felt it more dynamic and challenging.

What are you up to in Florence? Work, daily life, passions?
I work hard, I go out enough, I follow lessons on how to make sushi and sometimes I even read outside (but never enough!)

What annoys you about Florence? Tell me the truth!

Traffic clogging the streets, the nervousness of the Florentines (or rather of those who live in Florence), the lack of nightlife compared to the enormous potential offered by Florence (my memory, which is not always good, leans toward the”Pact for the night” …)

Do you think life in Italy is for everyone? Why does it work for you?

I think that in Italy anyone can stay really well, that is … if you are on vacation. Instead living here, especially if you are young and at least right now, is really difficult. Difficult because I feel that around me that many people don’t have a lot of faith in Italy, especially since many of the people I personally know and who do not work in my own field of work, friends, are very pessimistic about the economic situation in the wider society, in politics, and in short – about the future. I am stubborn, optimistic and admittingly a bit ‘lucky: I work at a job that I love, for which I studied for and that gives me real satisfaction. Right now, I feel like I can’t say anything. My thoughts, however, always goes to those who can not achieve this happiness for themselves and find their path here in Italy, especially if you compare the current situation with foreign countries. In Spain for example, I know people who believe in youth and the idea of ‘change.’ I am convinced that soon it will happen here in Italy. Did I not mention that I’m optimistic? : D
What advice would you give a newbie?
For people who are coming to Florence? I would say..  be patient: Florence is beautiful and life is not as bad as everyone says it is. I would avoid driving a car or scooter though! If you walk or bike, you will have time to see parts of the city that would otherwise be lost on you.

Three finds/places everyone should know about in Florence?

The garden of Pal Vivarelli Colonna, on via Ghibellina. During the spring and the summer, it becomes a great place to relax or take a (short) ride.
Also, everyone should know that Mostodolce {on a national level} has fantastic beer!

What’s the weirdest thing you have seen/experienced in Italy?
It’s all a bit ‘strange in Italy: from politics to economics — we pass from one contradiction to another. So I would say I would rather focus on personal experiences. I have seen and heard of people who have helped bring companies up doing video conferencing dressed only from the waist up, from their home in their underwear  😀

But what I find strange is also a really incredible housing market: where people have no qualms asking you for guarantees and money without offering collateral or a return. For many people looking for an apartment, they encounter these strange requests (if not … fraud). For these cases, I think the list of ‘strange’ things would really be high.

Also. not to mention the behavior of the people: in politics, in society, we are all irrational ‘fans’ on one side or the other.

You have no idea how much I agree with what you said about the housing market in Florence, expect a post on just that very soon! What can you do here and nowhere else?
Only here can you walk under the underpass of the Cure and see a gentleman in his elder years, cleaning the floor and keeping the place in order, almost every day with a bright smile and a bit ‘of music.

How did you make friends and assimilate?
Many are contacts that I have known for a long time, others are people I’ve met from previous jobs, at various nights out or public events, or even from the internet. Or even just from sharing common interests or because we have worked or collaborated together.

Absolutely Tiramisu, but also carbonara and chocolate in general

Also if I remember correctly, you love pistachios! If you had to make up a tagline for the city – what would it be? 😉 be creative!

Are you referring to a series of words related to the city? In this case, here are my ‘tagline hashtags’

#hot (to be understood as a welcoming atmosphere, because we actually die of cold in the winter: D)

#multicultural (but I would say not multiethnic) 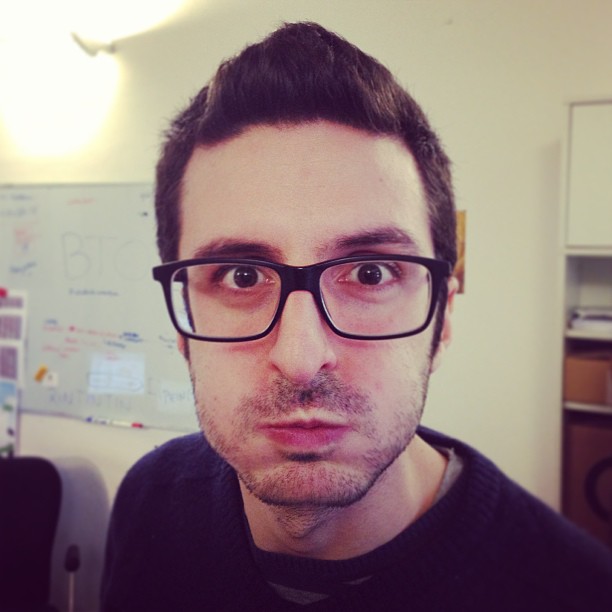 You can find Ivo on twitter here, or via his blog Vivoecodivido here.