On Sunday after what was yet again another massive lunch made by t-mans mom, we all decided we needed to at least attempt to walk it off ( probably we would have had to hike for 5 hours in the Appenines to achieve that.. ). Since his parents are located near a small town called “Girone” we headed over to the nearby Florence War Cemetery.

This is not to be confused with the American one located near Certosa , this tranquil location is a Commonwealth War Graves Commission burial ground for the dead of World War II. 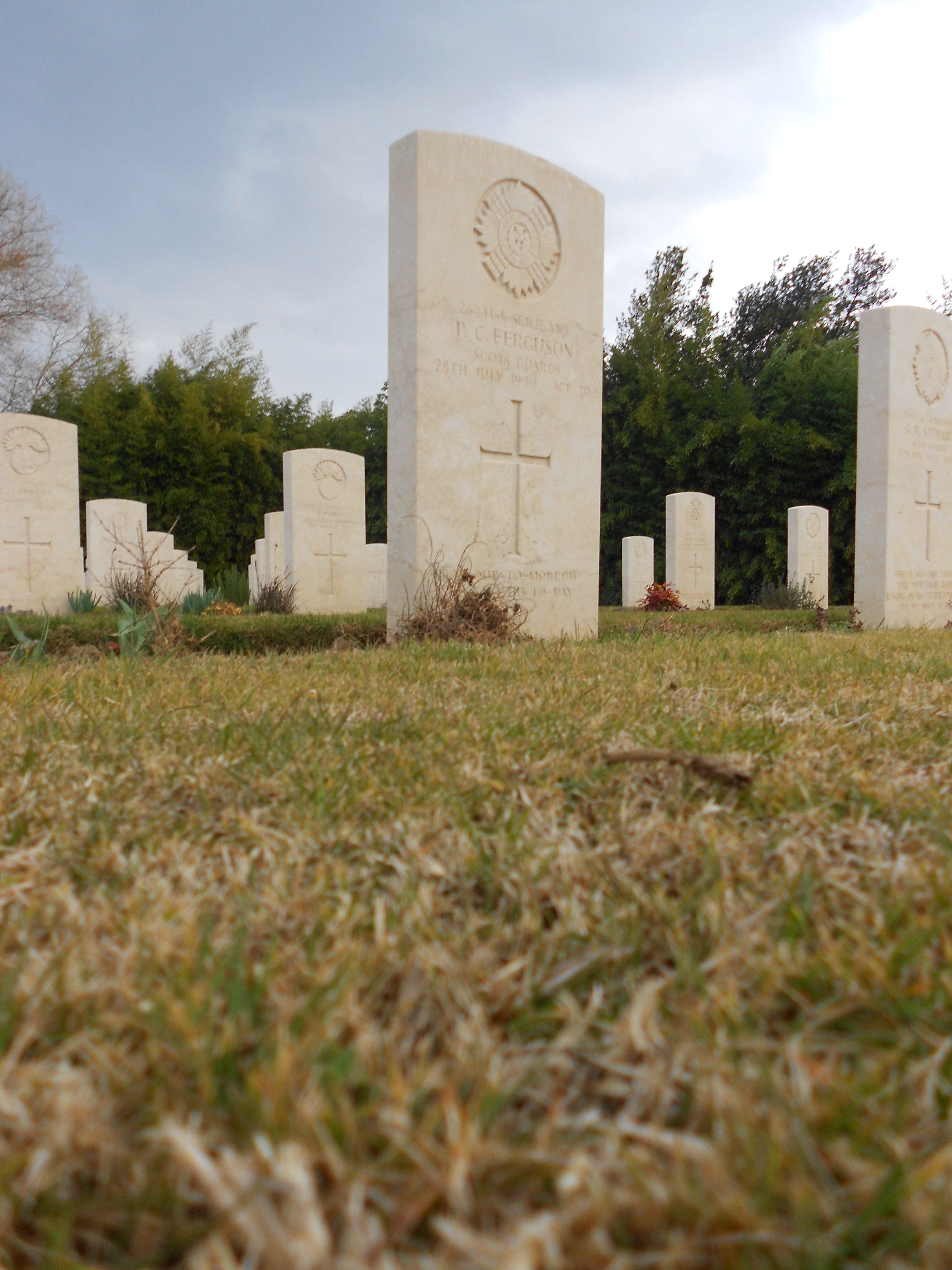 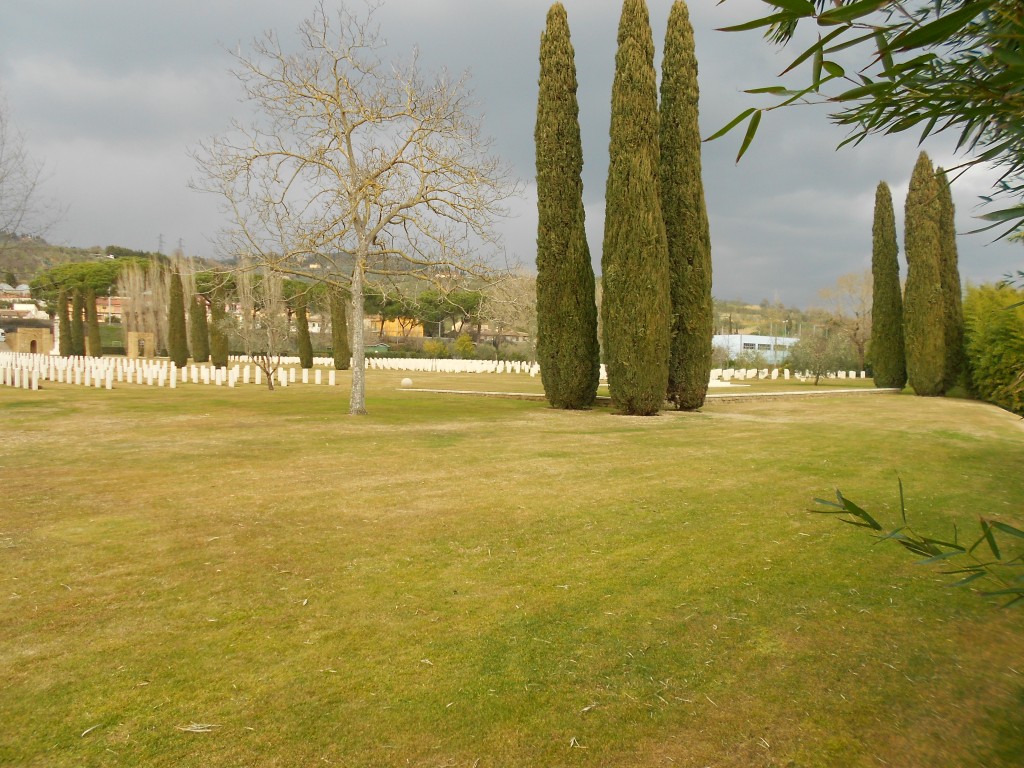 As morbid as it may sound, I actually have an affinity for cemeteries , especially in Europe where we are literally surrounded by such amazing ( and sometimes horrific ) history. I want to know the stories of the people buried inside and what it was like 50-100-200 years ago. World War II for me has always had a strong fascination, especially since its so difficult to imagine in today’s world the European countries at war. T-man is just as curious as me so he has no problem coming with me to explore the cemeteries/historical areas of Florence ( other interesting ones include the famous cemetary in San Miniato and the English cemetary in piazza donatello ). To provide some background on the war cemetery that we visited , read below.

According to Commonwealth War Graves Commission,

On 3 September 1943 the Allies invaded the Italian mainland, the invasion coinciding with an armistice made with the Italians who then re-entered the war on the Allied side.

Following the fall of Rome to the Allies in June 1944, the German retreat became ordered and successive stands were made on a series of defensive positions known as the Trasimene, Arezzo, Arno and Gothic Lines. Florence, which was taken by the Allied forces on 13 August 1944, was the centre of the Arno line and the point from which the attack on the German Gothic Line defences in the Apennines was launched.

The site for the war cemetery was selected in November 1944 for burials from the hospitals established in and around Florence but the greater part of those buried here lost their lives in the fighting in this area from July to September 1944.

After the war, 83 graves were moved into the cemetery from nearby Arrow Route Cemetery, when it proved impossible to acquire the site in perpetuity. Most of these burials were from the fighting in the Apennines during the winter of 1944-1945. 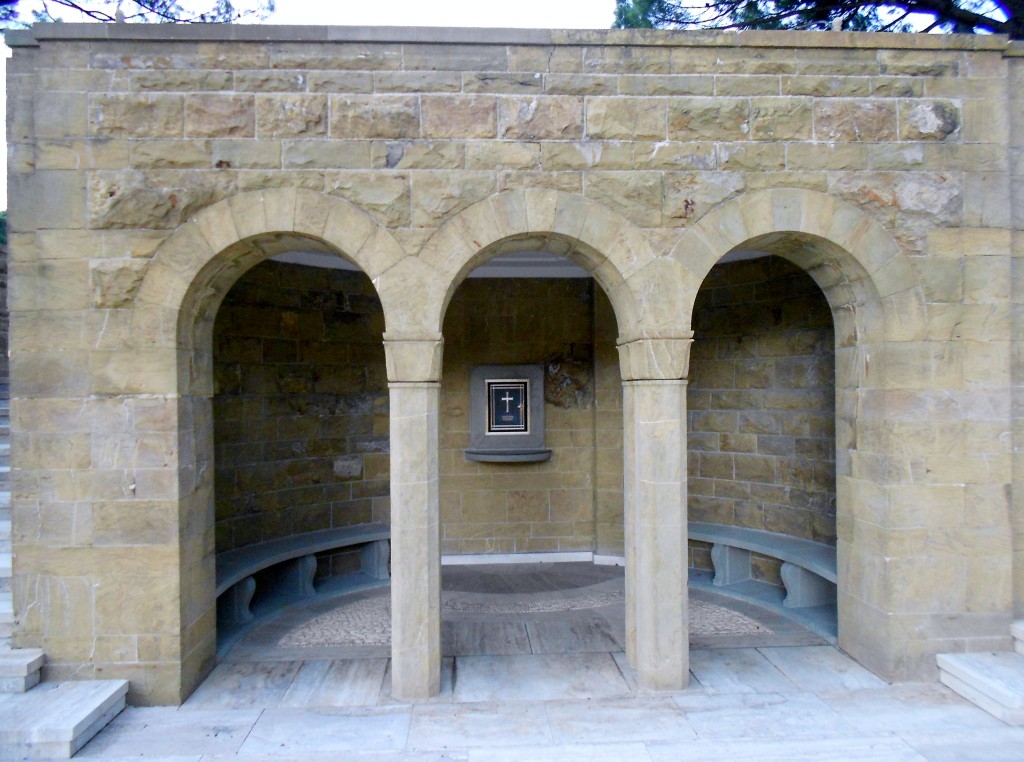 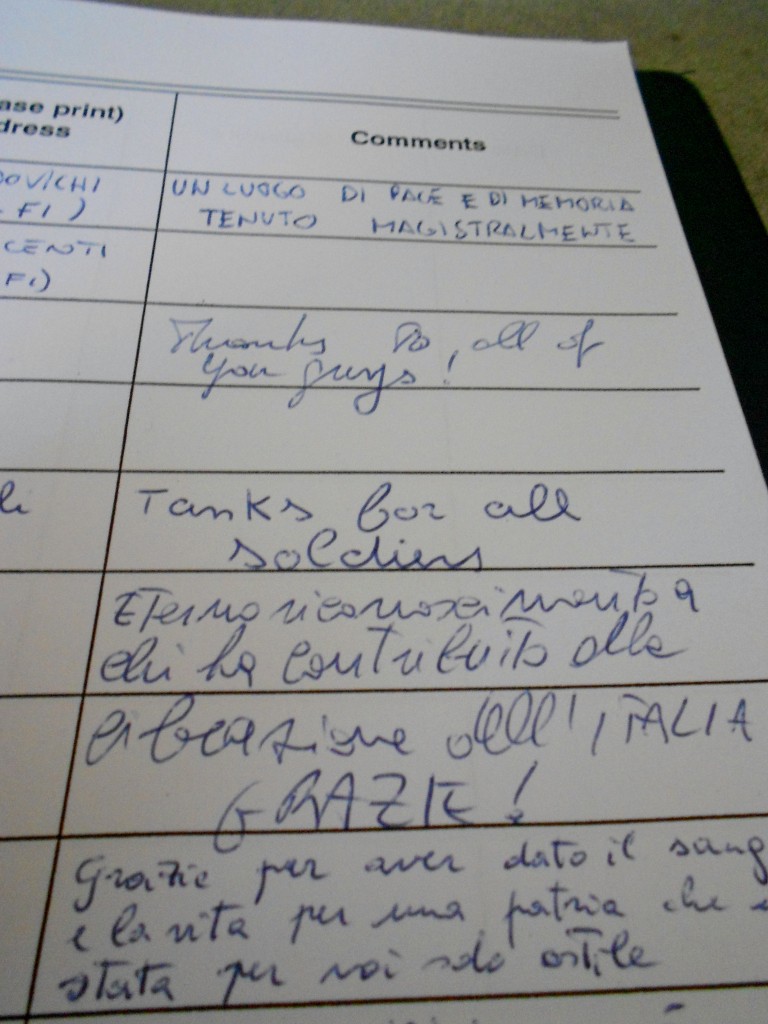 It was very humbling for us to read the inscriptions left by family members on the tombstones and the comments left in the visitors book. To see that family members traveled from all parts of the world to visit is to me , really very special. You can’t help but feel something as you walk through this amazing place, and to commemorate them, there is a marble slab with the words “Their name liveth for Evermore.” To me , I imagine these young soldiers, maybe the first time away from their homelands, fighting and dying in a place that was not their home, and how horribly scary that must have been.

The cemetery is situated next to the arno river , and the landscape is impeccably taken care of, the grass is always cut and seasonally there are normally many flowers. The way the landscape is designed creates a very beautiful affect of the ground being almost seamless with the water. We peeked at the arno banks , and though it was cloudy and windy, it was still very beautiful. 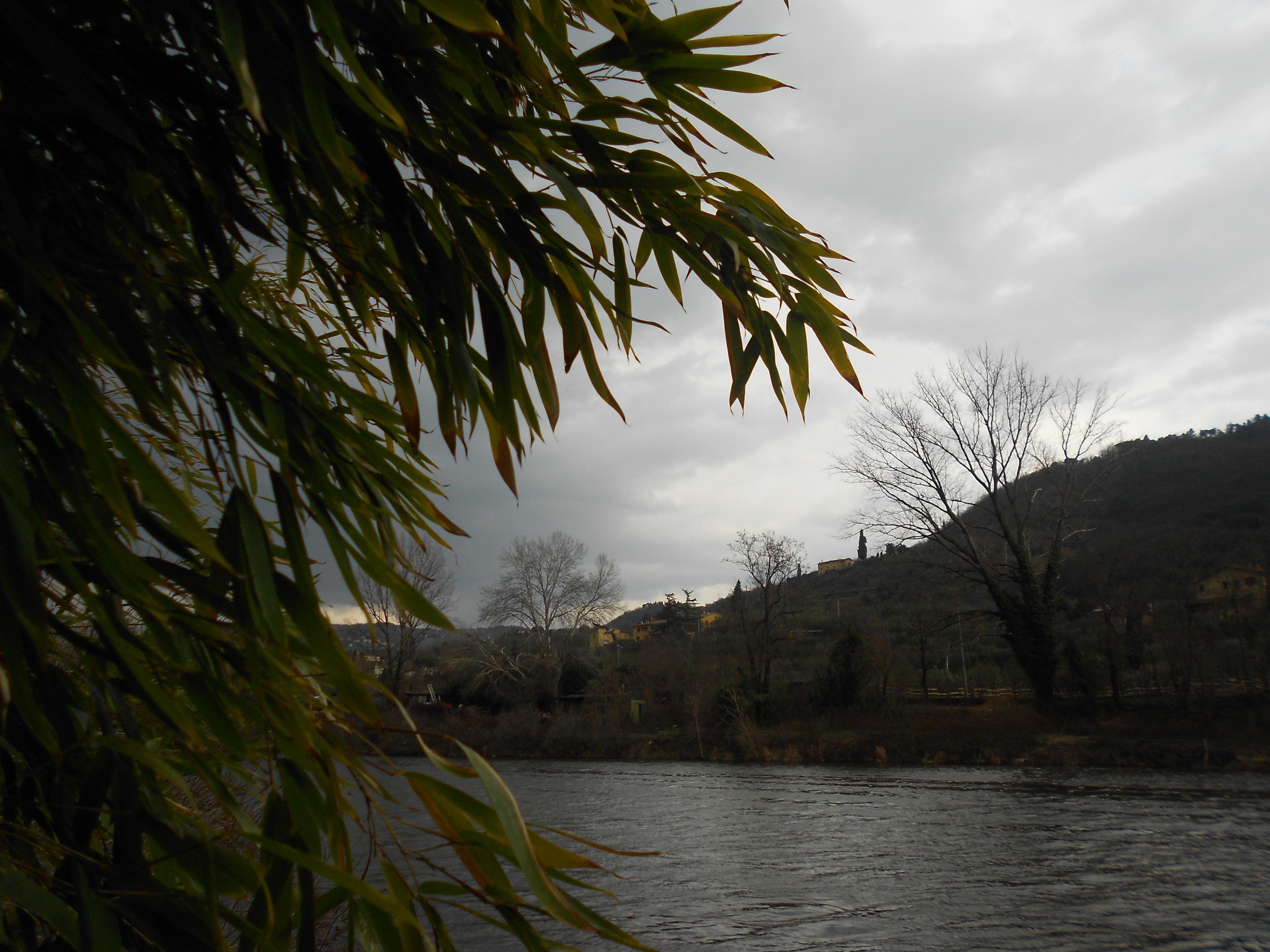 If you are interested in visiting this place yourself info is below:

If travelling by road, from the A1 Rome to Milan exit at Firenze Sud. Continue along and take the direction towards Pontassieve. The cemetery is a further 2km, on the right hand side.

If travelling by train , from the main station (Santa Maria Novella) take tram 14A to ‘Girone’ and get off at the terminal. The cemetery is 50 metres ahead on the main street.

The cemetery is permanently open and may be visited anytime.

Wheelchair access to the site is possible, but may be by alternative entrance. For further information regarding wheelchair access, please contact our Enquiries Section on telephone number 01628 507200. 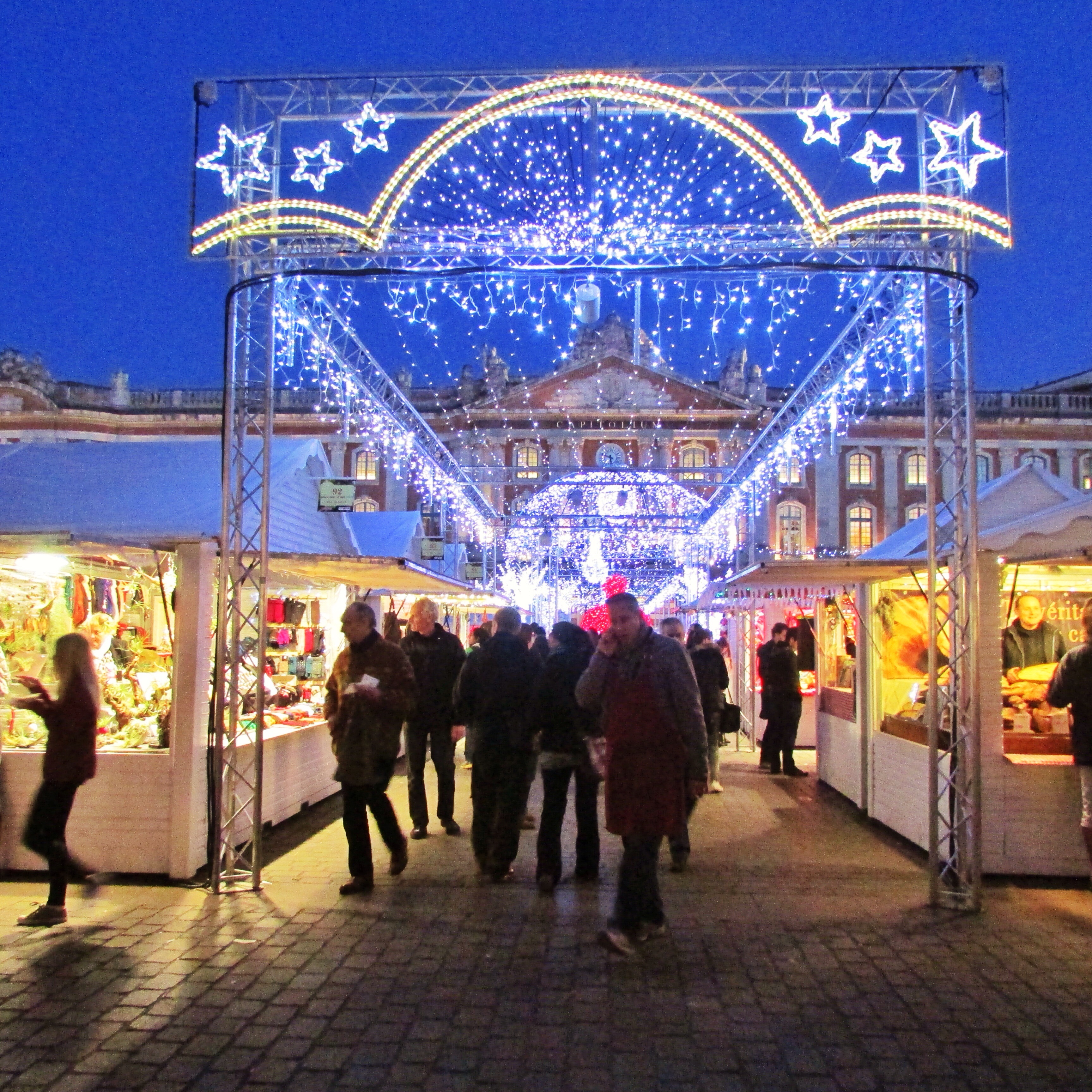 Why you should visit the Toulouse Christmas markets 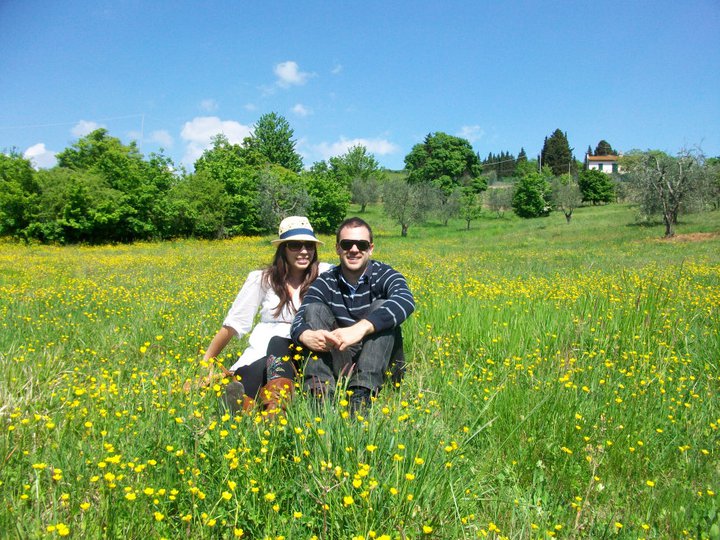 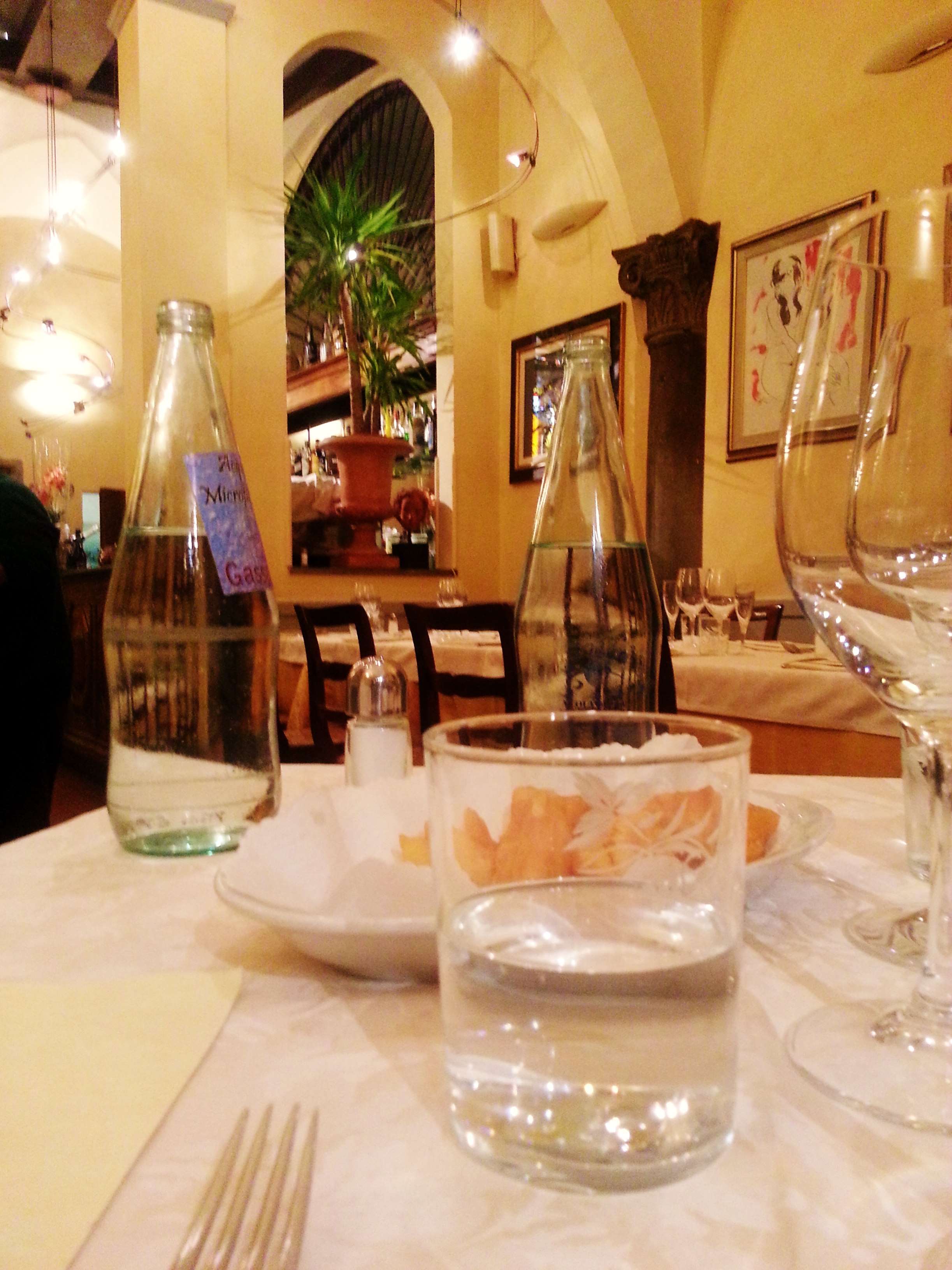 Discovering that Tripe and Lampredotto can actually be good