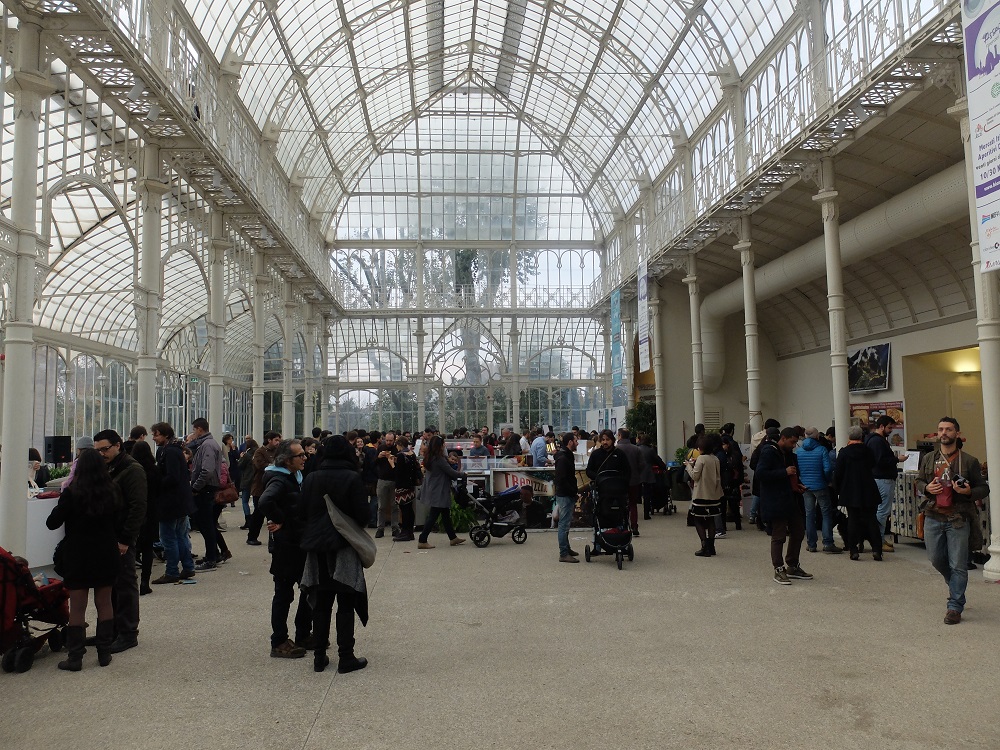 If there is one thing I truly miss from the states regarding food, it is likely the novelty of fun food trucks. Yes Italian food kicks butt in almost every possible way, there really is no comparison but sometimes you crave something a little different. And don’t get me wrong, they have ‘street food’ here, panini made with lampredotto (don’t ask) and porchetta (pork-roast) are almost a regional staple.

However, I am an American spoilt for choice in this merge of two lives and I miss having the world’s cuisine at my fingertips. This past weekend I was delighted when I heard of a very unique event at the giardino dell’orticoltura in Florence, a festival combining artisan beer with street food from not only different areas of Italy, also the world. 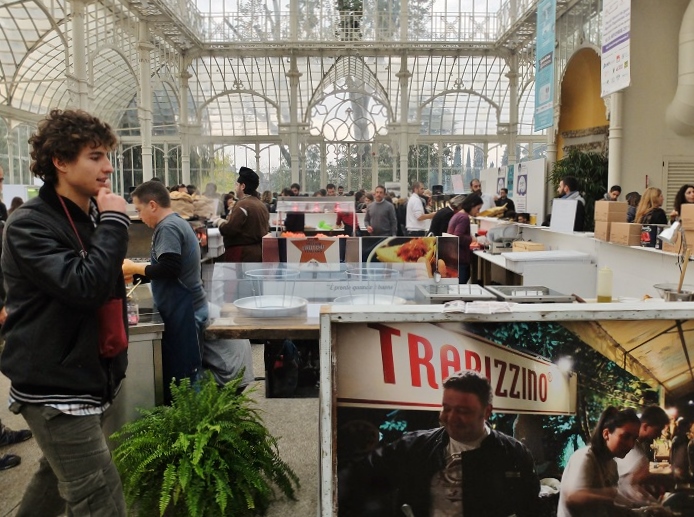 The fact that they held it in Roster’s large 650-square-meter neo-classical “crystal palace” greenhouse, only made this weekend’s event even more special. This area of Florence is decidedly romantic, first built in the 1800’s as part of an initiative to create an impressive botanical garden in the city, also to host international shindigs.

One of the best reasons to visit is for the beautiful park that surrounds it, making the tepidarium a mystical place. If fairies existed in Firenze, I’m pretty sure they would call this place their home. This isn’t the first time I’ve been here, I’ve sipped tea with butterflies on occasion and consider it the perfect spot for spring & summer picnics. 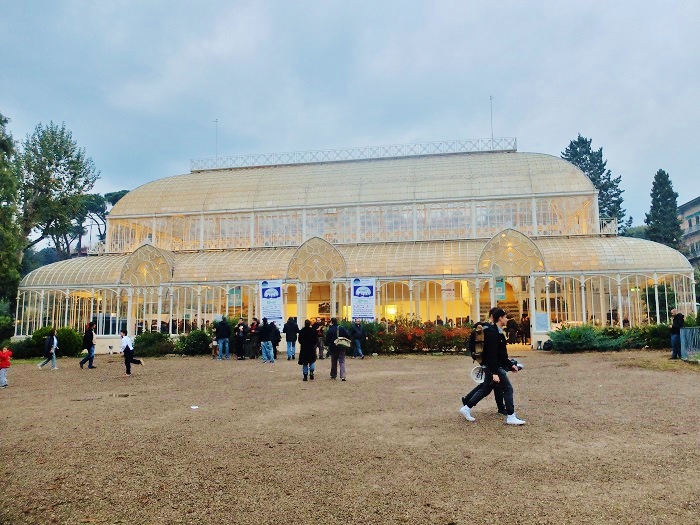 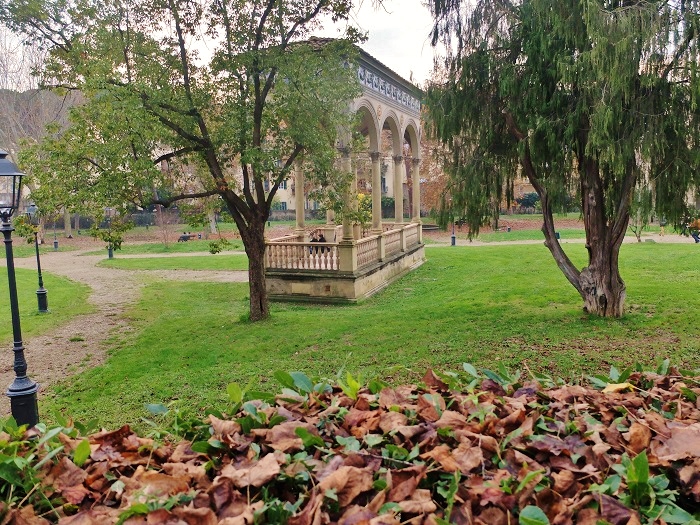 While at first glance, the long line to pick up our beer glasses and get a little information was intimidated, it moved fast and soon we were ready to try some street food. I started with an empanada filled with meat from Peru, very tasty with a flaky crust, I was very impressed. I never thought I would be trying this tasty treat in Florence, the last time I had one was on a very awesome ‘little havana’ food tour in Miami. 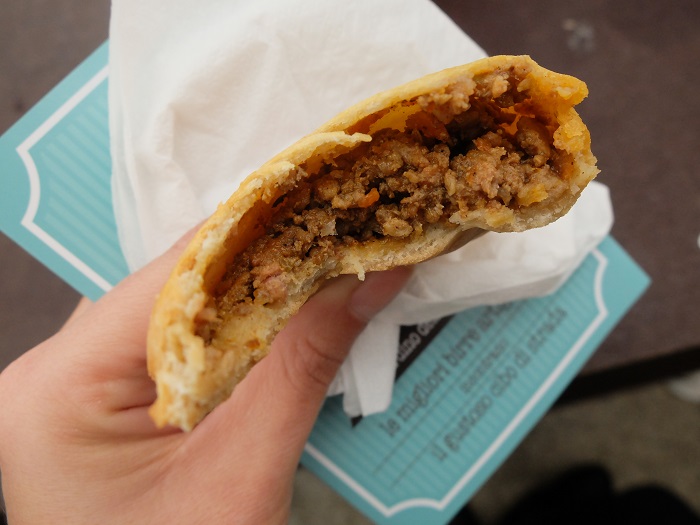 Of course this was washed down best with a cold beer, one glass with a handy neck strap cost 3 euros and by buying tokens you can taste what they have on offer. Normally you will never hear these words “I’ll have a beer” coming out of my mouth, because truth be told I am much more into moscow mules and wine. But when in Rome, or rather a very neo-classical horticulture garden. How can I not be game to try a little brew?

For beer-lover’s everywhere – there were 28 craft beers on tap, I chose to start with an interesting Italian craft beer, a raspberry-scented one called ‘Rubus’. Quite nice if a little acidic, but it was a great beginning. Slowly but surely, I know I will become a ‘birra’ convert and it is events like this that will help me along my path to ‘beer-righteousness’. 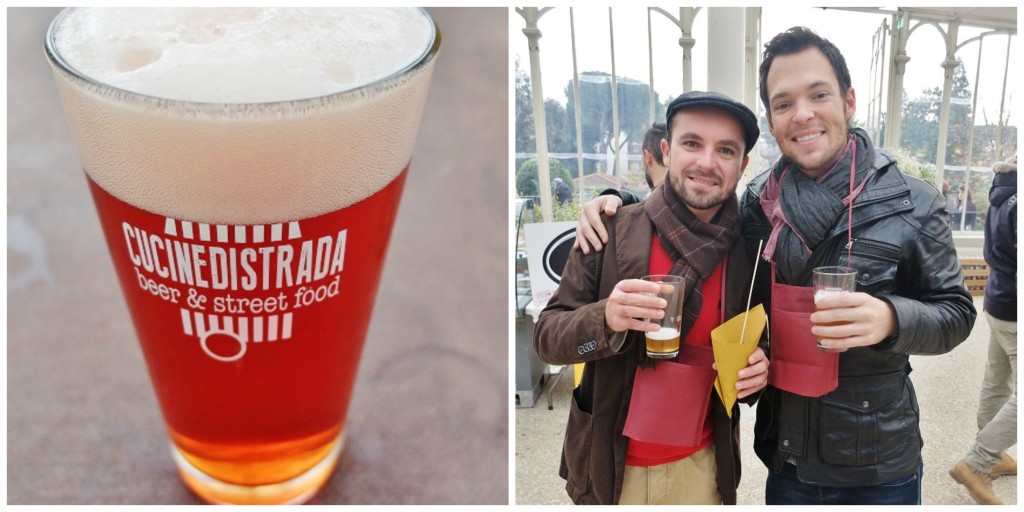 Armed with a little Saturday liquid courage, it was time to eat. After starting with my tasty empanada I wanted more. Because I am masochistic, I always have to try any Mexican food on offer which isn’t a good idea, because in Italy it is never really that good. We got burritos which according to my friend Lindsay ‘tasted like pizza’ but were ‘ok’. 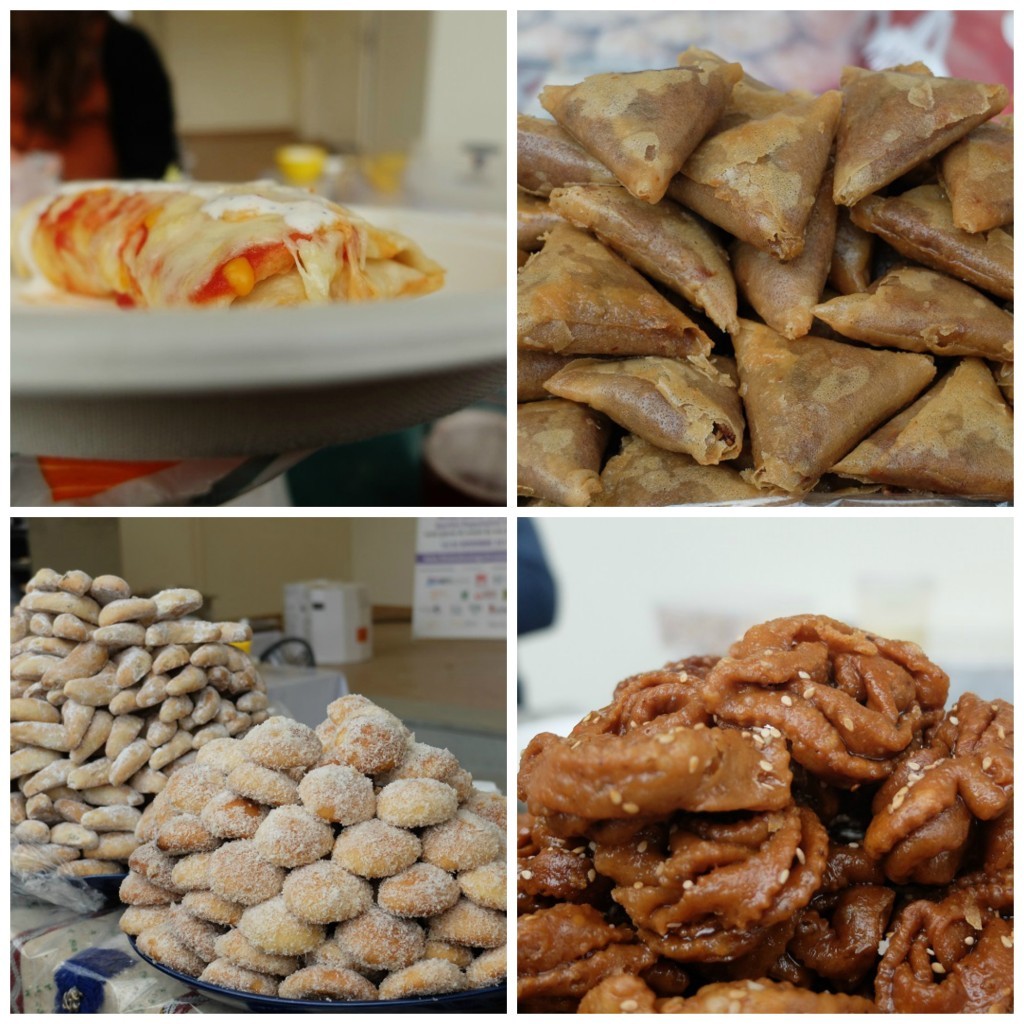 Instead we indulged in some lovely Moroccan fare, flaky savory pastries filled with rice and mild spice and the kind of desserts I could gorge on until death. Almond briouats, flaky and extremely sweet bites of almond & honey. Or my favorite chebakia, sticky, sweet honey & sesame cookies that I honestly could marry.

We didn’t forget about Italy, anytime I see ‘castagne’ (chestnut) on a menu, nine times out of ten I order whatever it is. The emilia-romagna area (which is one of the best regions in Italy for food) had some fried chestnut frittelle that we ended up going for as well. Not super sweet but covered with a light dust of powdered sugar and you have autumn flavors in a cone. 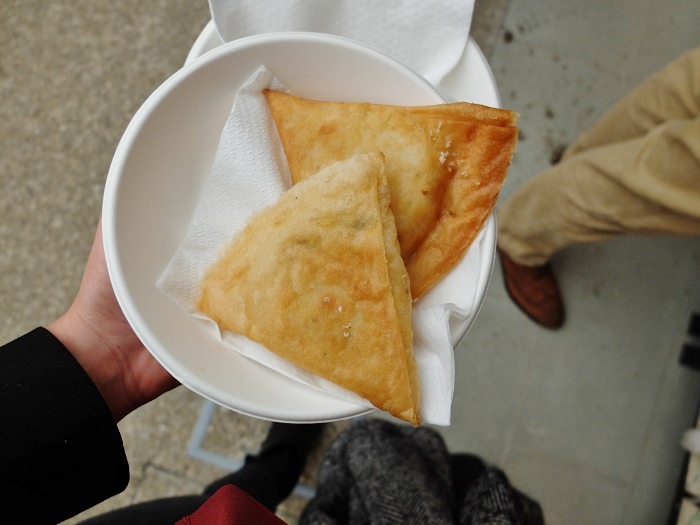 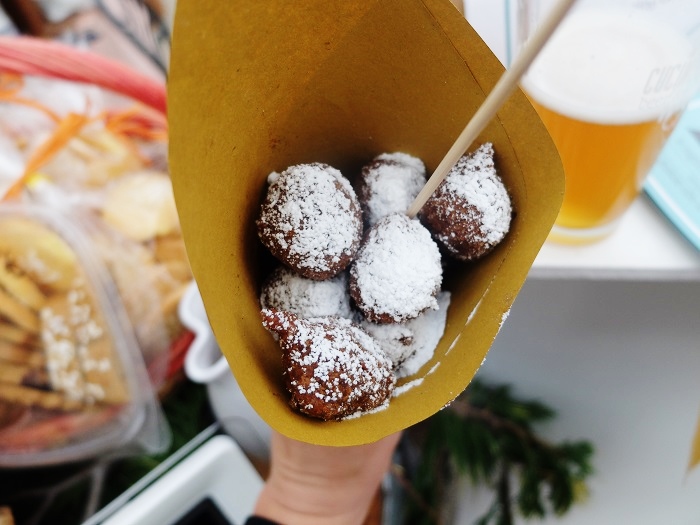 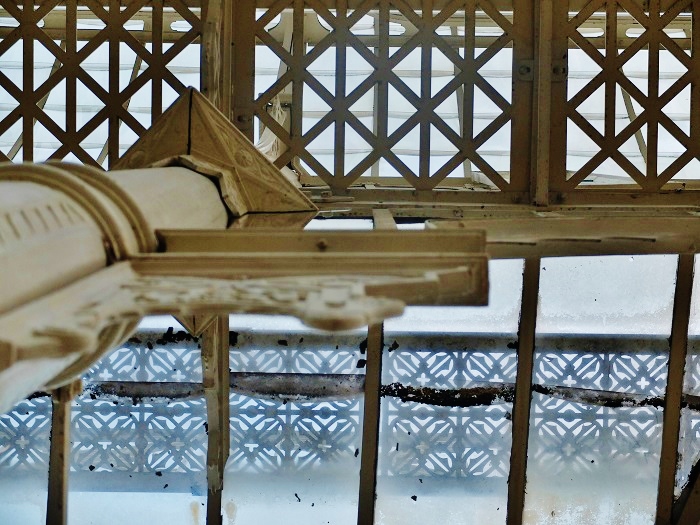 So why was this event happening?

Beer & Street food is part of the  IV Biennale Enogastronomica, 21 days of food and wine organized by the Confesercenti Firenze, a traders association that works to address commerce, tourism and services in Florence. The website for this weekend’s event is here, and you still have time! Today the horticulture garden will be open until 9pm so head on over and have a fun, foodie, boozy Sunday. How all Sunday’s should be. 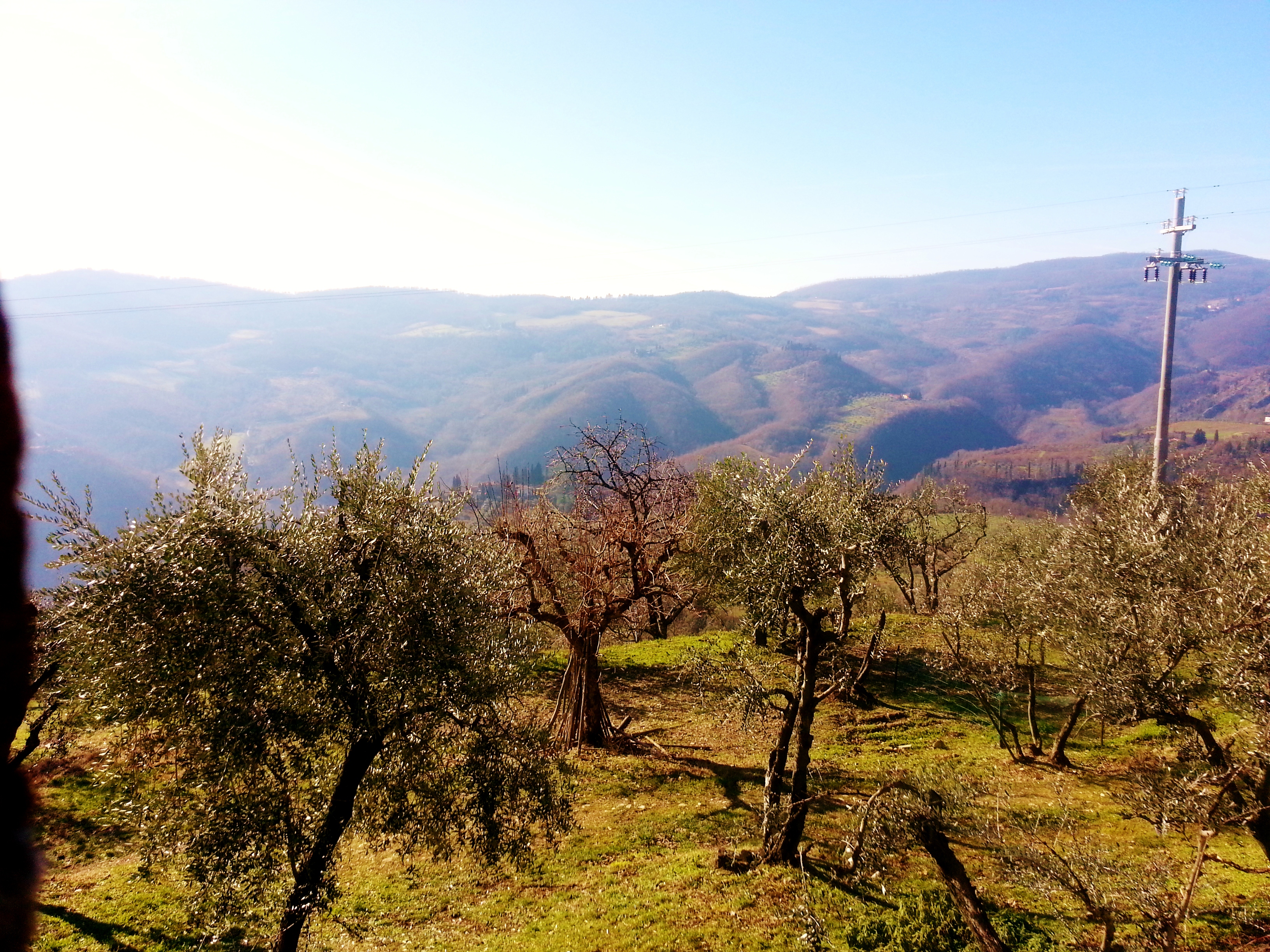 My secret Sunday escape in Tuscany 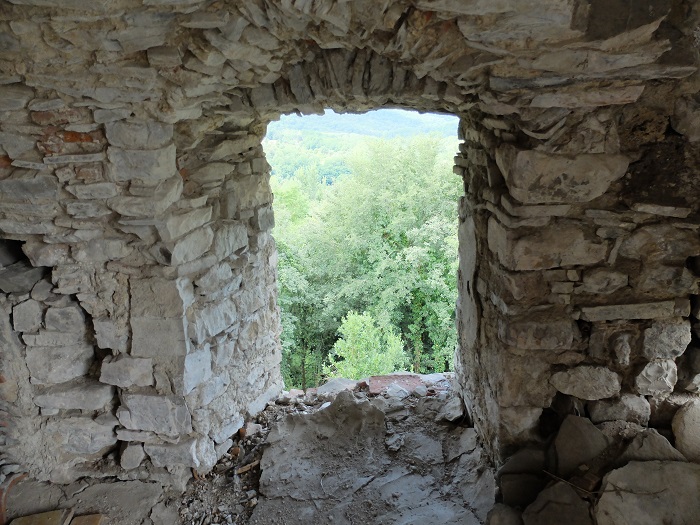 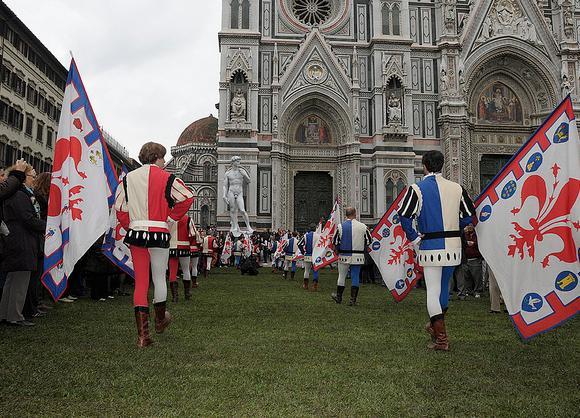