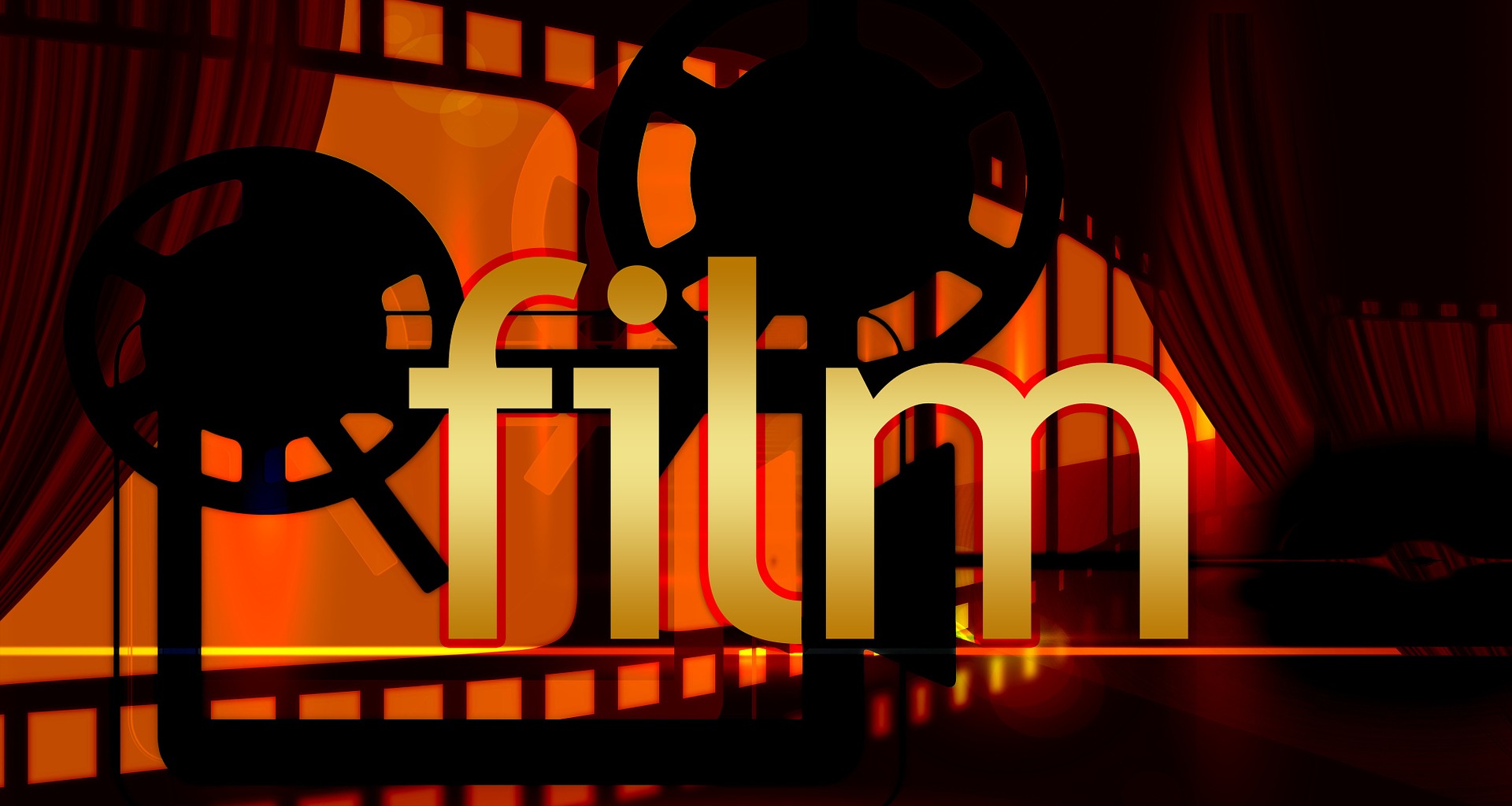 MOVIES! This week I and t-man grabbed a pizza at Gusta in S. Spirito (yum!) and headed to one of our favorite things to do in Florence, which is watching a movie at the Odeon cine hall in the center. 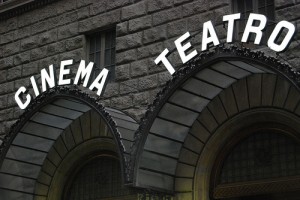 An early 20th-century theatre, complete with intact balcony seats and Tiffany-style cupola (amazing!),  and a mainstay for anyone looking for English movies in Florence. Normally the show original language shows are on Tuesdays and Thursdays, their website and the program can be seen here. 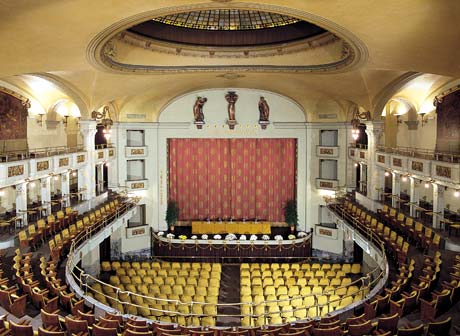 This past Tuesday we watched a documentary called Girl Model, a really interesting and haunting look into the life of a former model in Siberia recruiting young models for work in Japan. Naturally, they can never be too young or too thin for the Japanese market, and often the girls are age 13-15 and from small isolated towns. Throughout the documentary the former model-turn-recruiter reminisces about her past in a very negative light which makes you wonder, why do it to other young girls? They follow one particular 13-year-old who after being picked from the films original shot of the many young girls lined up, is taken from a loving family to Japan. She is lonely, hungry and gets little to no guidance, and even ends up returning to Siberia several times with debt incurred by the agency which originally promised a set amount for participating. Beautifully done and painful to watch you can’t help but want to keep watching what happens next as soon as the film wraps. 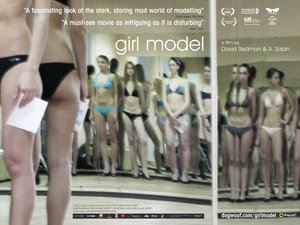 Besides this great documentary, there are some upcoming awesome film festivals this March and April which are definitely worth attending. The first is the Korean Film Festival which runs from March 23-31 and focuses on famous actor  Song Kang-ho. 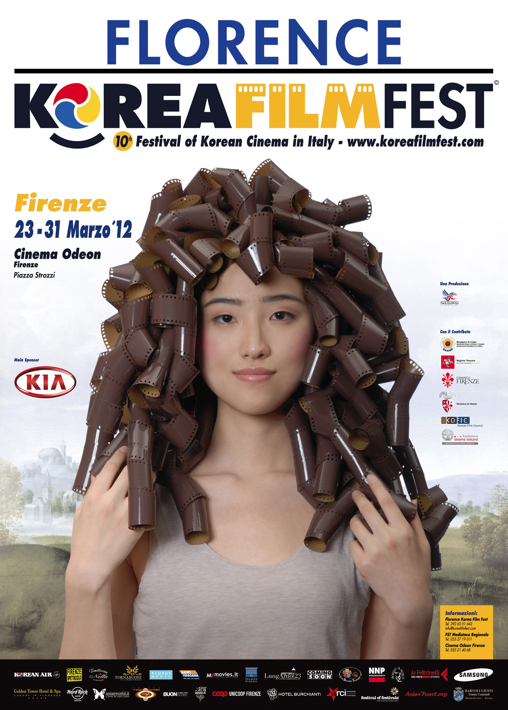 The festival’s website can be found here and this edition will include many shorts, a horror film playing at 1 am (you read me right!) and a party to conclude the fest at Hard Rock Cafe on the 31 (open to the public at around 11:30 pm). The films will be in the original language with both Italian and English subtitles. Prices during the afternoon are only 4 euros and 6 in the evening. They also offer specials if you want to see more than one film and of course the “night of horrors” I mentioned before (seriously I can already see t-man begging me to attend this, why oh why do we have opposite taste in movies!). I’ve personally attended this festival in years past and always really enjoyed the movies, in fact so much so that I really want to visit Korea. Seems like a very dynamic interesting place with great food (very important to this glutton); I am really excited to see how the movies are this year and I am impressed with the website and brochure, well done for Italy!

When you can’t get enough of everything Korea, the Odeon moves onto the Middle East as they hold their annual contemporary film festival from the 12-16 of April called “Middle East Now”. This year’s films will focus on the countries of Iran, Iraq, Libya, Israel, Egypt, Palestine, Jordan, Yemen, Dubai, Afghanistan, Syria, and Bahrein. The program includes films, documentaries, and short films focused on ‘”Contemporary Iran” and stories of “everyday life” in the Middle East, with a focus on the “Post Revolution” in the Arab world. There will also be photography, contemporary art, meetings, and tastings from the Middle East. I went through a pretty intense phase where I could not read enough books about life in these countries ( think Guests of the Shiek ) and the phase isn’t completely over so I will be dragging t-man to many of these films. The festival website is here.

Updated! **Last but certainly not least on my film festival obsession will be 3 days dedicated to the films from Hong Kong. For a complete list of this year’s program check out the Odeon Intoscana website here http://www.odeon.intoscana.it/news_view.php?id=288. New to this edition features a collaboration with the Jumping Frames; helping to celebrate the 15th anniversary of the reunification of Hong Kong to China: a retrospective “15 Years of Hong Kong Dance Video”, a selection of works created by filmmakers and choreographers in Hong Kong over the past 15 years. On May 23, will be the inauguration of the festival at the Odeon with a welcome cocktail and sample of exotic fare. Echoes of the Rainbow will be the first showing at 9 pm. Subtitles are in both Italian and English and the price for an evening show is 7 euros, while in the afternoon it’s only 4 euros. 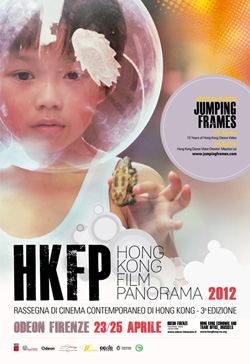 So for other film festival buffs in Florence, enjoy these programs, there is no better place to watch them than in the Odeon, and be sure to take advantage of all of the accompanying exhibits, tastings, parties that these festivals include, especially since they are normally open to the public! Maybe I’ll see you there munching on some popcorn in a plastic bag? and perhaps sipping a prosecco ;).