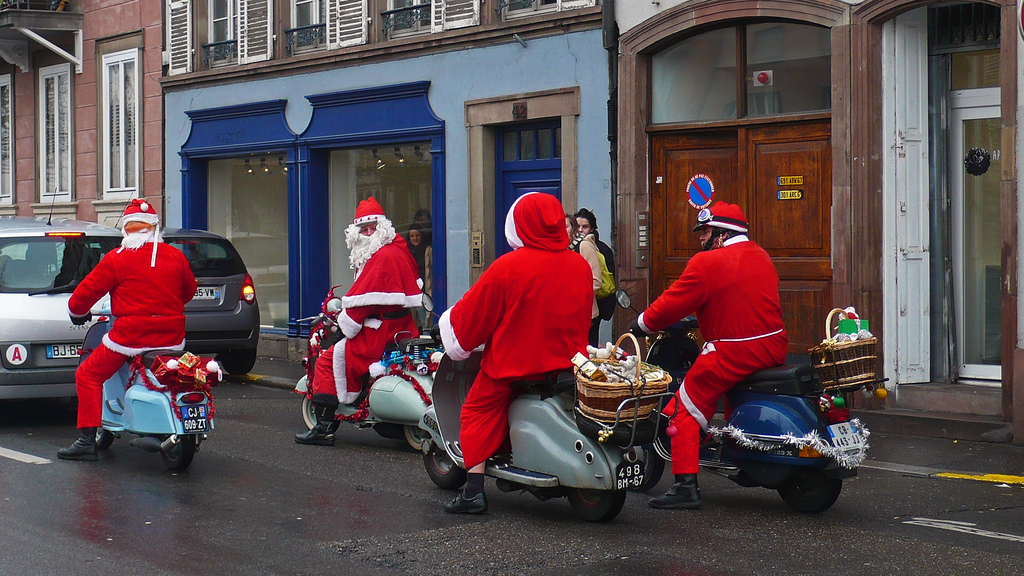 10 Holiday Fails From Around The World

Let’s face it – the holiday season seems slightly doomed the second there erupts a fierce battle over the last waffle maker at Walmart during black Friday after Thanksgiving. And despite our attempts at making Christmas seem squeaky clean, Santa or ‘babbo natale’ as we know in Italy doesn’t always ‘get it right’. In fact when I saw the photo above – it reminded me of all of the awkward family photos we took in Texas often involving the jovial but also kinda-frightening jolly Saint Nick. I was terrified until I realized he wasn’t real (and this was last year mind you).

In the spirit of Christmas, and as part of our COSI blogger roundtable topic of the month,  Enjoy these 9 Holiday Fails and if you have one you would like to contribute, please share by commenting. Ho Ho Ho

1. I think it only fitting that we start off with this compilation video including too many Santa falls. Apparently no-one has thought of getting an ergo-dynamic outfit that would keep Saint Nick on two feet.

2. La Befana – of course I had to mention this present-giving witch that is popular in Italy. She is an old woman with a huge wart on her nose, who passes around presents or coal on January 6th. You learn about her on a slideshow we did on ITALY Magazine. I added her as a ‘fail’ because one of the first stories an Italian friend told me was when his grandma dressed up as la befana, he actually threw up out of sheer fright. I call it as I see it – befana {in this case} was a fail but I like that Italian women have fun with it and this tradition means we get a few extra days off until January 6th. Viva la befana! 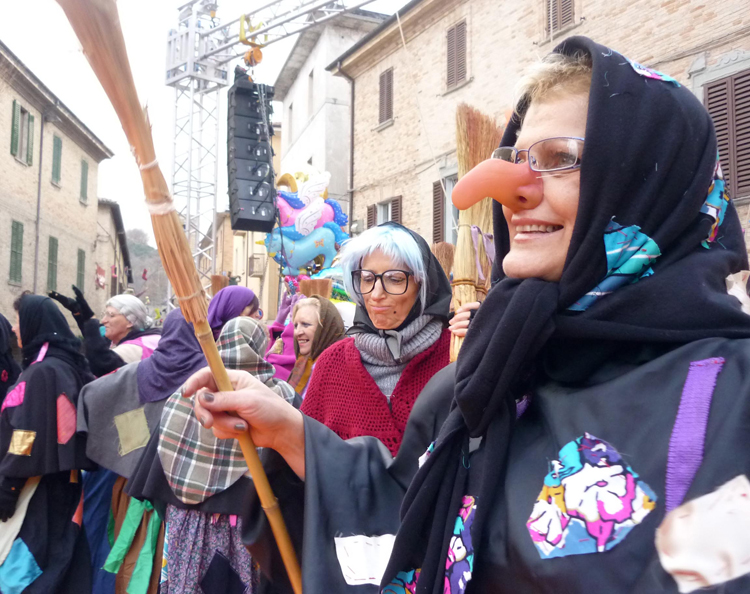 3. The Christmas Log or Tió de Nadal from Catelonia, Spain is a yule branch with a scatological spin. This tradition, I really just don’t understand. This friendly-faced log is placed on a table on December 8th with a blanket covering it to keep him warm and during the weeks leading up to Christmas he is fed fruit & nuts {he may be hallowed out – not sure about that one}. When Christmas eve actually arrives, the little shit log is brought into the limelight as the kids beat it with sticks while singing and the log poops out presents for everyone (candies and small toys). What’s that song you ask? Thanks to this blog post at Suitelife, we are privy to this special tradition. In case you weren’t horrified enough, the poor log is then burned by the family for warmth. A truly touching ending if you ask me.

I am still traumatized 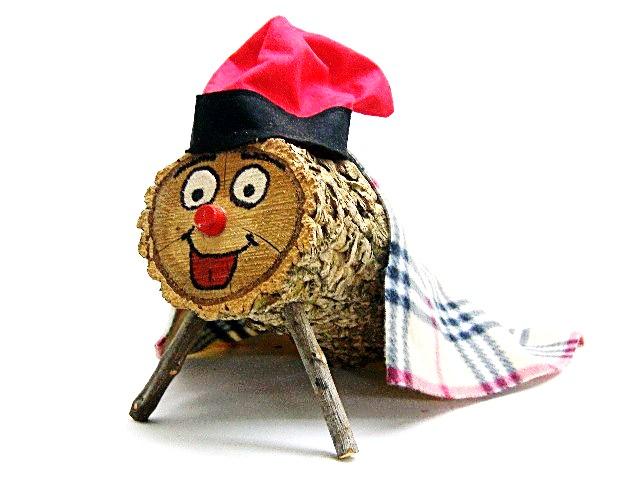 4. Catalonia isn’t done yet horrifying us all. Apparently in addition to the ‘yuletide log’ they also have a special addition to everyone’s favorite nativity scene, called the caganer –  “the ferry Fertilizer” . The Caganer is small statue of a Catalonian peasant, wearing traditional red stocking hat and, sitting, with his trousers half down – in a “toilet” position. This making his small contribution to the land and to baby Jesus while also often smoking a pipe or reading a newspaper. As we all do, but don’t expect to be immortalized for. To be fair, this was traditionally meant to be a sign of fertilizing the land and good luck for the harvest. Apparently it is now banned from official Christmas displays, oh well. Unless you count this epic display below. What I can appreciate is that the ancient Catalonians clearly have a sense of humor about Christmas. I kinda love it. 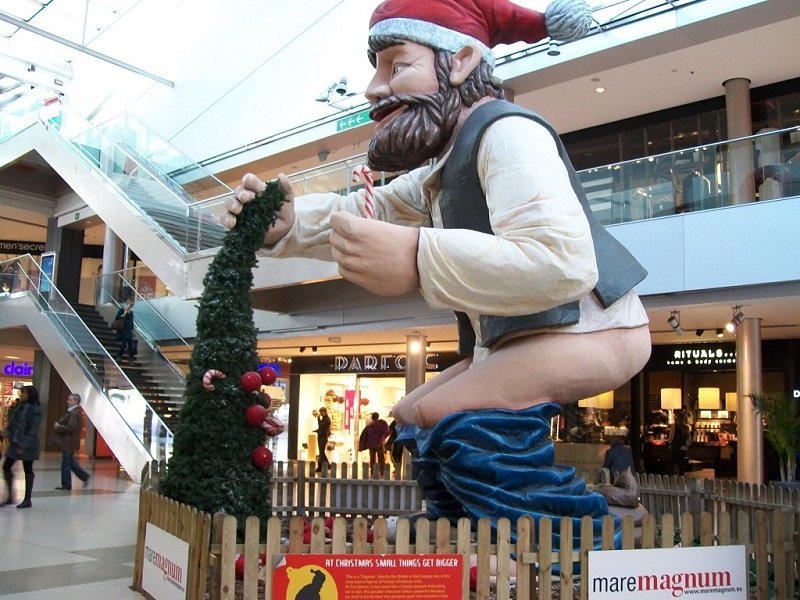 5. Let’s delve into the Mari Lwyd {grey mare, gray mary} a Welsh midwinter tradition. The actual dates when this tradition occurs are uncertain. Basically it is a form of visiting wassail, a luck-bringing ritual in which a the participants accompany a person disguised as a horse from house to house (including pubs) and sing at each door in the hope of gaining admittance and being rewarded with food and drink. Something tells me that maybe this doesn’t happen to often in Wales anymore but please if anyone lives there and reads this blog, you tell me! If this showed up at my door, I may be tempted to bring out the accordion we just found.

6. Nothing says yuletide cheer like a horrific Christmas devil. Meet Krampus – Every Austrian childs worst nightmare, and supposedly this freaky dude is Santa’s friend. When you imagine Austria {and also parts of Switzerland} during Christmastime – you may picture cozy Christmas markets, mulled wine, gingerbread and general cheer. What you don’t imagine – is an evil , smelly demon-like ‘friend’ of Saint Nick’s featuring horns, fangs and dark hair who has the sole purpose is to punish naughty children by beating them with a birch stick and throwing them in a sack. Pagan traditions are extremely creative.

Krampus Night or Krampusnacht, is celebrated on December 5, the eve of St. Nicholas Day in Austria and various areas of Europe and is said to be the son of Hel in Norse mythology. This might involve a parade of extremely scary characters in grotesque masques looking to beat people (play of course – I think) and drink. Side note –  Krampus also happens to be a ladies man. Dear kids, please be good because you really, really don’t want to meet Krampus. However, In Los Angeles, they even have a dedicated website showcasing ‘krampus runs’ and even parties.

Apparently Krampus has made it to the big screens in film form (so I see on twitter).

7. “A KFC Christmas” – why slave over a hot stove on Christmas day making all sorts of yummy dishes for your family when in Japan, you can order your special “christmas dinner” from a K.F.C {Kentucky Fried Chicken – American fast-food chain}. Apparently it is a deep-rooted tradition since the 70’s in Japan to have chicken on Christmas Eve and you better believe us Americans have capitalized on that. Look below, where the North Pole seems to include a Christmas KFC bucket dinner. Apparently McDonald’s has taken notice and is trying to squeeze in the chicken market, CNN recounts it all. Dear Japan, I apologize on the behalf of America.

8. The next one is from From Greenland – the tradition of eating “Kiviak” or, fermented birds or as I like to refer to as the ‘Turducken from Hell’. I have always been fascinated by places like Greenland where you just imagine ice, snow, ice, snow, not much to do and more ice and snow. I was delighted and disgusted to hear about this special culinary tradition of using 300-500 whole auks (local birds) including feathers, beaks and all in a seal skin, which is then sewn up and sealed with grease, yummy! Afterwards, a large rock is placed on top to keep the air content low and then the whole package is left to sit for months. When opened up the auks are fermented after about 18 months, they smell like Stilton cheese and are quite tasty – of course that is left in the mouth of the beholder.

9. Jólakötturinn – Iceland’s Christmas Cat. Just trying to say this word puts me in a tizzy. Iceland, the home of wacky but awesome musician Bjork, also has a few unique holiday traditions. It is said that anyone who does not receive a new piece of clothing at Christmas will fall prey to the Yule Cat! Whatever that means. Apparently the tale stems back from the dark ages when he was used as a threat by farmers to scare workers into finishing up the processing of wool from the fall season before Christmas. The Yule cat is owned by the terrifying Grýla,  a horrifying monster and a giantess living in the mountains of Iceland. She is said to come from the mountains at Christmas in search of naughty children. She kinda looks like Befana. 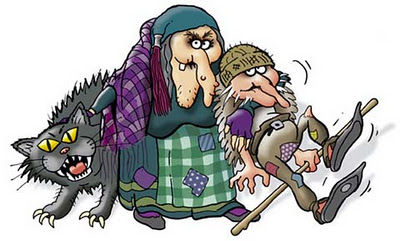 10. Elf On The Shelf. This is a new one to me, as I tend to discover trends in the USA only when I visit family and friends in Texas. One phenomenon being something called the ‘elf on the shelf’ which is a popular, cheaply-made toy in an Elf form that stems from the 2004 book, The Elf on the Shelf: A Christmas Tradition, the elf loses its magic if it is moved from its location or is touched. The elf has one job, which is to report back to Santa if the kids whose house it occupies are naughty and nice and serves as a sort of , scout for santa. Kids can’t touch the doll and the elf must never move or speak when people are home or awake, but can “move” from place to place when no one is around.

Is it just me or does this sound pretty creepy? People naturally get creative (pinterest says it all) and stick this elf in all sorts of interesting situations, making messes or even going on ‘beer benders’ that just scream ‘happy holidays’ in my book. The irony of this is hilarious, the elf is supposedly a watchdog for good behavior but itself is showcasing plenty of naughtyness (and likely giving kids ideas) in between creepy all-day staring sessions.

If you can believe it, there are actually many more strange holiday traditions that I haven’t even touched on that bring oh so much frightening delight so when you are feeling a little overwhelmed by Holiday cheesiness remember, anything can be “normal” somewhere. Including a ‘cheeky’ yuletide log that goes the number two on Christmas. Remember to share your own #christmasfail stories by commenting!