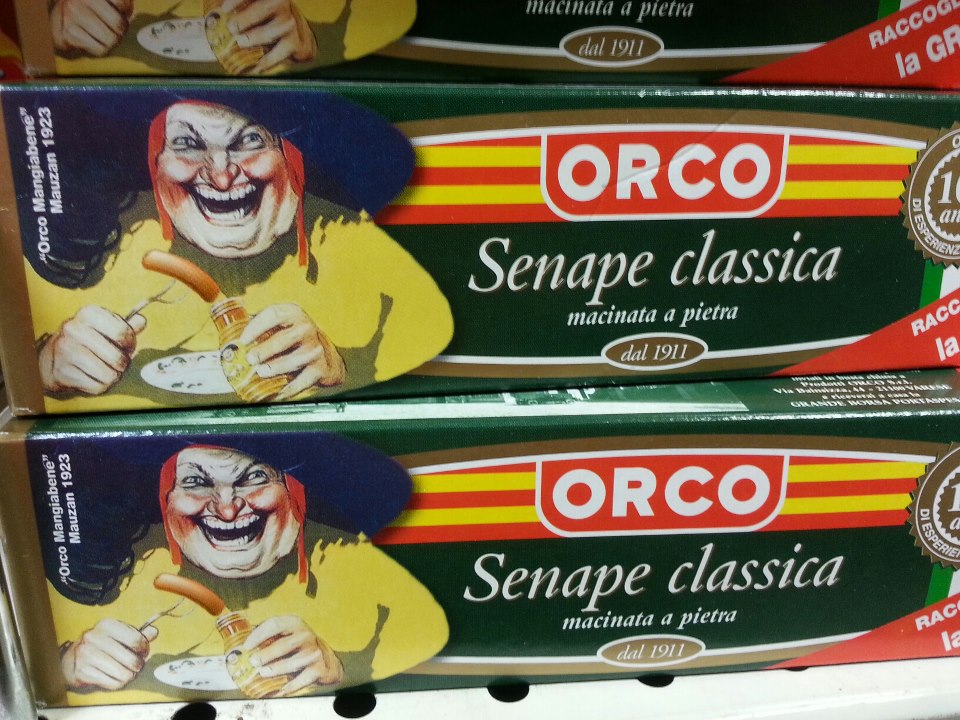 This mustard in the featured image probably brings you good luck but the real question is, would you buy it? I’m frankly freaked out!

Who doesn’t love a few local superstitions? Far more prevalent of course in many countries with a rich, varied and colourful history – and in that category Italy is pretty famous. I first delved into this fascinating subject after an unfortunate ‘broom’ incident. When stumbling into the kitchen for yet another ice coffee in the heat of summer hell a few years ago in Florence, I accidentally stepped under my ex-boyfriend’s mother’s broom as she furiously swept up our minuscule mess from lunch (sweeping was a multi-day affair) after which I immediately learned was not ok. The positive is that I managed to learn a mild Italian curse word that afternoon, and without understanding why this was a big deal, my ex finally explained that sweeping over someone’s feet means they will never get married. Seriously this had to have been made up by a bitter housewife or mom’s who might not want you to marry their sons.

For men who don’t want to ever grow up and get serious, all you have to do is stick your feet under any local broom and you’re good to go, at least by Italian superstition standards. This makes total sense why there are so many brooms in Italy, I imagine a group of men no unlike those featured in Fellini’s I Vitelloni, a story of five young Italian men at crucial turning points in their small town lives (watch it, it’s good).

So, for our blog roundtable subject for the week, Italian superstitions are such a fun subject and especially because I had the bad/good fortune of actually being born on Friday the 13th and you can imagine how wonderful that was growing up. The great thing is that any mood swing or mild faux pas can be blamed on this birthday and I am sure I will continue to ‘use’ it for whatever I need. Strangely enough Friday the 13th in Italy isn’t considered particular negative while instead the 17th brings about all sorts of evil and wrath!

As mentioned before, today’s date is just another day in Italy and is associated with the goddess of fertility. No bad omens or strange black cat sightings, the only thing you run into is a few ATAF bus strikes locally [they enjoy Friday transport strikes], but the 17th on the other hand? Damn this number to the gallows! There are a few disputed reasons for its unluckyness, the date itself was the day Philip the Fair gave the order to kill the Templars. Also it all has to do with how it is written, both in Roman numerals (when the Roman numeral for 17 XVII is rearranged, it spells the word VIXI, a phrase found on tombstones. It means “he lived” and will tempt death) and the way it looks itself, it does slightly resemble the popular childhood game, hangman. It’s rumored that some hotels don’t have a 17th level, which would surprise me not for the superstition itself, but for the fact that any hotel in Italy actually has 17 floors.

2. Think that baby is cute? If you compliment him/her you could be giving the il malocchio, the evil eye.

This is a new one for me, I had no idea that you were supposed to put a il corno (good luck charm shaped like a hot pepper or horn and traditionally made of coral) on a baby, or anyone, all while keeping in mind that complimenting a beautiful little human is likened to a curse. Seriously people? If this happens to you and no horn is in sight, don’t fear! All you need to do is create a horn sign with your hand, like you’re at an American football game and the baby will be just fine. Keep in mind that all of those nonni (grandparents) fawning over your child are actually cursing them [kidding] so embrace the few that just tell you your child needs a warmer jacket. After reading this you are now certain to spot many of these little red horns on hairy chests and tourist shops, there is a lot of evil eye going on in this country and can be reasoned for any ‘bad’ thing happening to you.

3. Why bread must always be rightside-up!

Another fun superstition is talking about a staple in the Mediterranean diet, bread. If you suddenly find yourself with a loaf of bread upside down on the table, you could run into some trouble as this will undoubtably bring you bad luck. Sounds silly? The reasons are humble enough, centuries ago when poverty was rampant, that daily loaf was taken quite seriously hence the need to always have it on the table, right-side up. Fair enough, I think I can handle this one. I have also heard that you should make the sign of the cross before baking.

4. The one thing a gypsy won’t steal

Despite this provocative title (I didn’t make this up), gypsies in Italy (and around Europe) have a reputation for stealing or begging whether it is warranted or not. Mostly in Florence, from what I have seen is that they stick to dressing up and harassing/encouraging people for photos and then just ask for money, but there is one thing they won’t touch and that’s pearls, silver or coral which apparently brings about bad luck.

Every country has their own way of toasting with friends over their favorite drink. In Italy, we often say ‘cin cin’ (pronounced ‘chin chin’ while clinking glasses with our friends, looking into their eyes and taking a sip before setting the glass back on the table. This eye-contact is really important because I am sure if you don’t, you probably are inviting bad luck (what a surprise) or bad sex for seven years. You choose what you want to risk..

Ps. If you think we are all that different in the USA or the UK, just take a look at this BBC article on ‘Animals predicting the World Cup results’. I have a feeling this isn’t going to go away anytime soon… 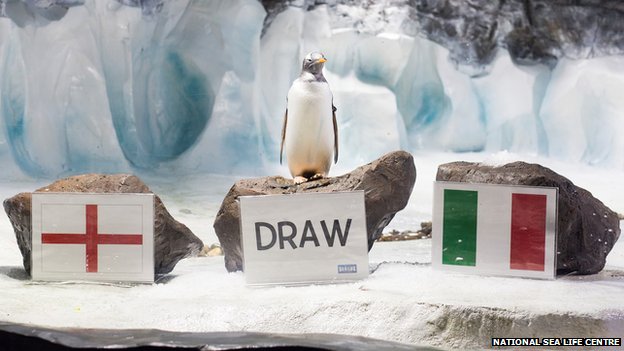 In addressing this hilarious subject, I am joined by these bloggers all writing from their own unique perspectives:

M. Elizabeth Evan of ‘Surviving Italy‘ – an American expat trapped between two worlds with her badass husband, his chest hair, and their poodle. She is a writer and partner of House Of Ossimori. Her award-winning blog Surviving In Italy, aims to honestly portray her life in Italy, the sober times, the drunken times, the yelling, food, family, and on occasion her obsession with the majestic Capybara. She’s also terrible at writing Bios. Someone do it for her next time, okay? Her blog here

Rick Zullo of ‘Rick’s Rome‘ – an American expat living in Rome. Born in Chicago and raised in Florida, he came to the Caput Mundi in 2010 and forgot to go back. When he’s not exploring his adoptive hometown or writing for his blog, he spends his time teaching the world English, one Roman at a time. Rick is also the author of the silly little eBook, “Live Like an Italian,” available on Amazon. Read his post about Italian supersticions here.

‘M’ is a 30-something (something low) American Texpat, living and working in her husband’s tiny hometown in the province of Reggio Emilia. Her blog, Married to Italy, is home to her rants and raves and serves as her therapeutic search for hilarity amongst the chaos.

My name is Rochelle and I am a writer, translator, blogger and journalist from Perth, Western Australia. I have a complex relationship with my adopted island home of Sicily and I still have much love for my native antipodean land, even if it is too far away from everywhere. I blog about all things ‘expat’ at Unwilling Expat and contribute regularly to the Times of Sicily which brings Sicily to the world. Her post can be found here.

Gina is a 26-year-old California native whose unhealthy love of cheese, wine and gossip has made her a perfect transplant to Italy. She blogs about life in Florence, tour guiding for college students abroad, traveling and her dog Gorgonzola. When she’s not busy writing down all the crazy stuff that happens to her, she’s listening to Snoop Dog and trying to figure out how to open an In-N-Out Burger in Italy. Blog here.