I have been wanting to make this dish for quite awhile. As a friend of mine lamented, it’s a taste of home even though neither of our moms made it growing up. The biggest deterrant I had before making this dish was the crust. I really am not the best at making homemade dough or any kind of bread or cake (unless it’s a cheesecake) and they don’t sell crust in a pan in Italy.

That being said, it actually ended up being one of the easiest dishes I have ever made and tasted great! I don’t know why I never thought to use ‘pasta sfoglia’ (fresh flaky pasta that you can buy in any Italian supermarket) and just make my own filling.

T-man literally couldn’t get enough of this dish, I was going to bring some to his parents and he gave me the stink eye at the mere suggestion. I guess I will have to make another one just for them because of my greedy boyfriend.

*You can also use a bag of mixed frozen veggies from the grocery store. I just happened to use whatever I had on hand at home and so should you. I hate following recipes to the exact, Italy has made me more than flexible when it comes to recipes.

Using a pan/skillet, add some olive oil and sliced veggies and cook until tender – then add veggies to the baking pan that should already have the bottom crust. 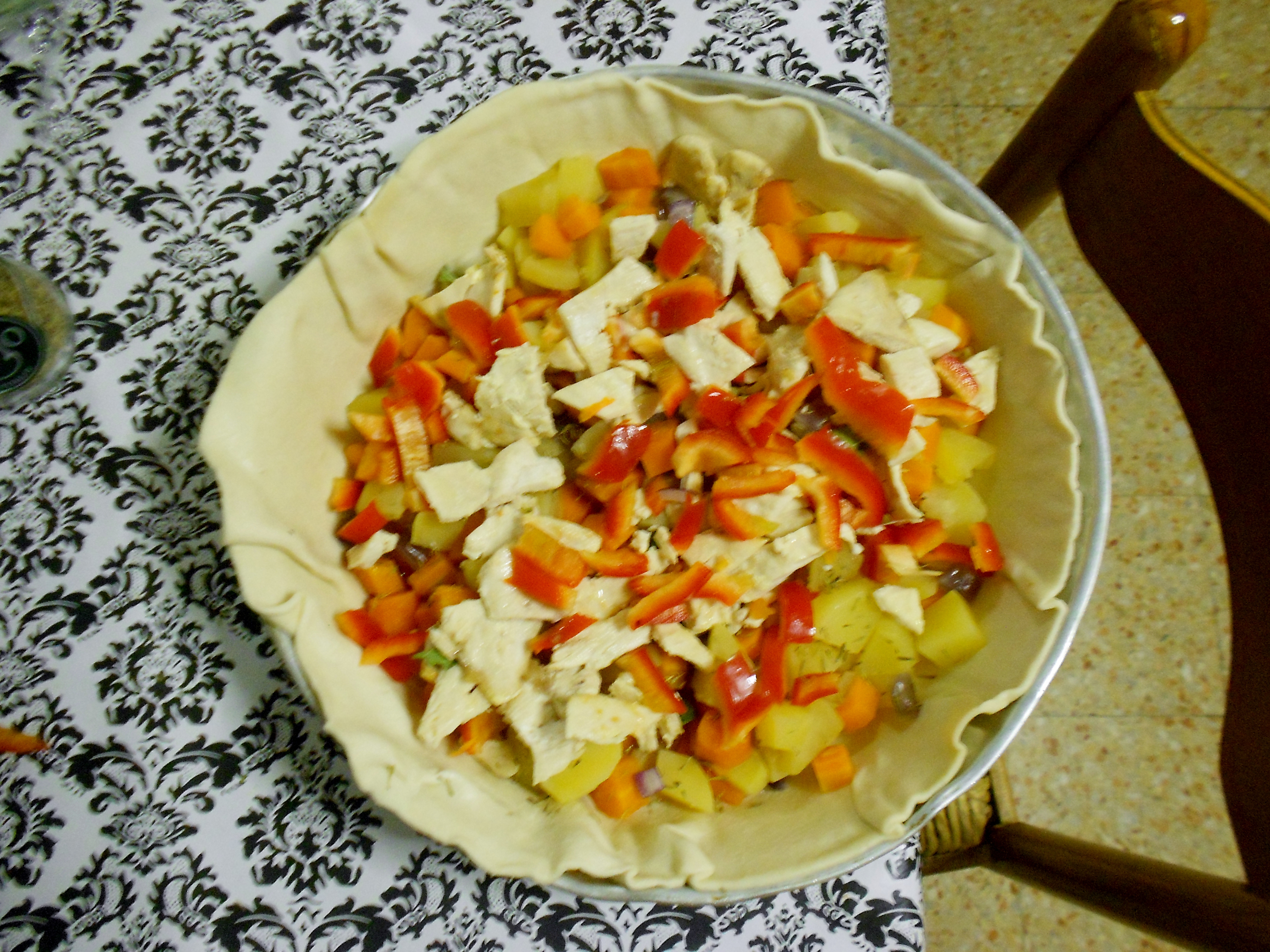 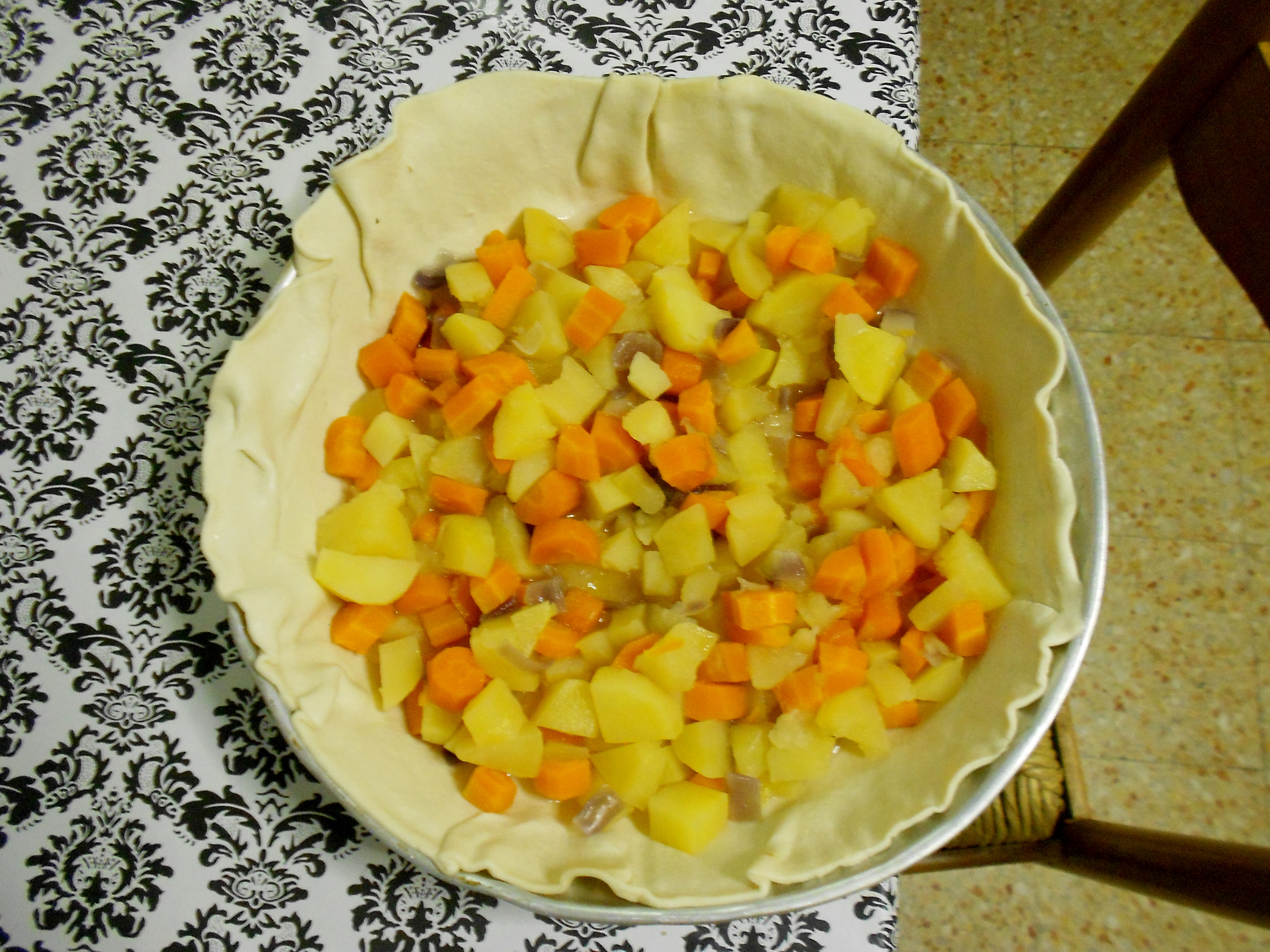 I would use that same pan and add butter until it melts. Then whisk the flour to make a paste and slowly add the chicken broth while whisking and then the milk. The consistency should become thick. I also added a little salt and pepper though not too much. Whisking is essential to not have a clumpy gravy. 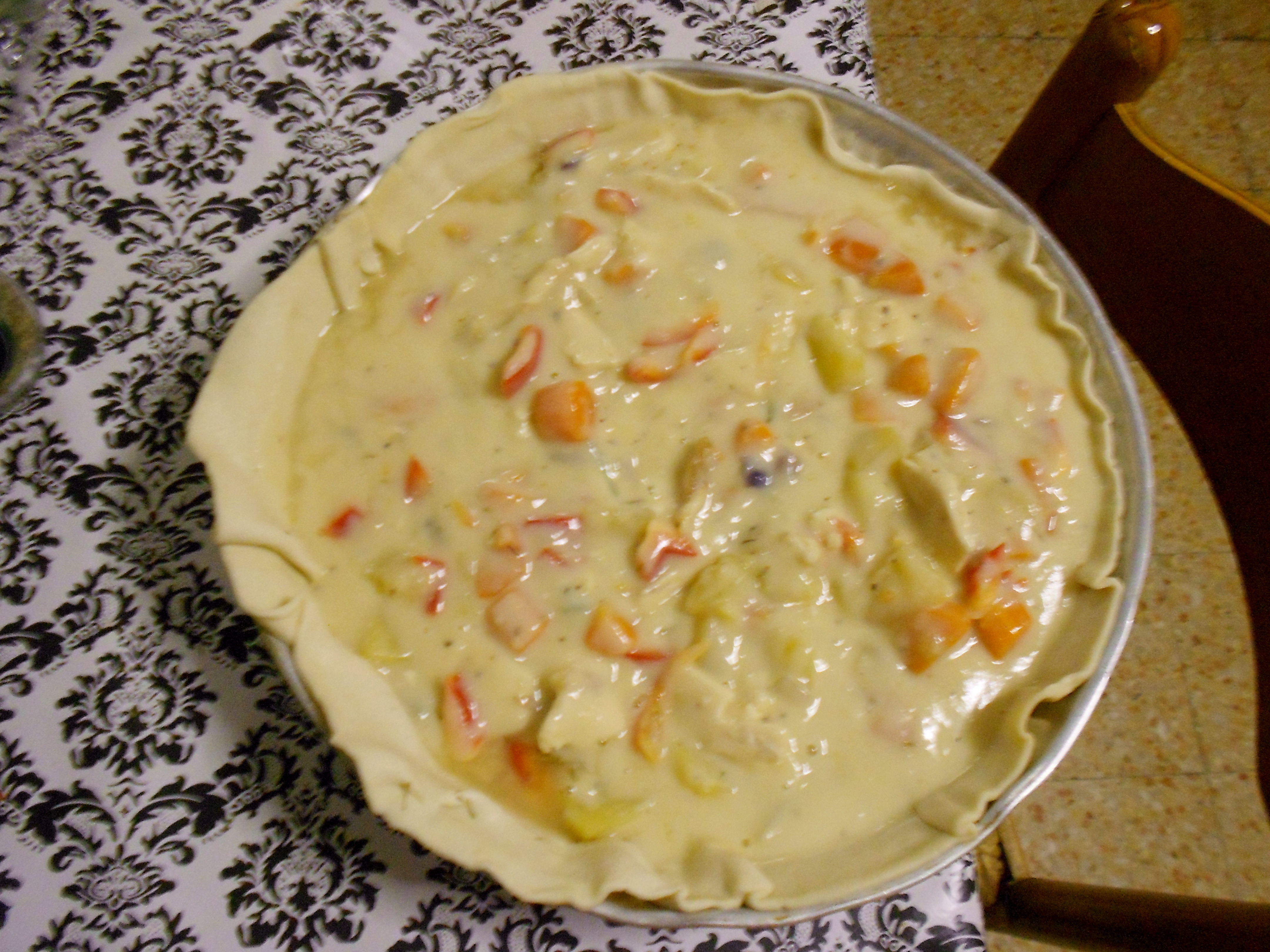 Preheat your oven to about 180 degrees Celsius.

Cook the chicken in a separate pan and then cut into small pieces – add the chicken to the baking dish and mix well with the veggies. Time to add the gravy and make it seep to the bottom. Add the remaining pasta sfoglia over this mess and make sure it covers the entire pan. Use a fork to press the edges and cut a few slits in the top so that air can escape and for the pie will cook more evenly. 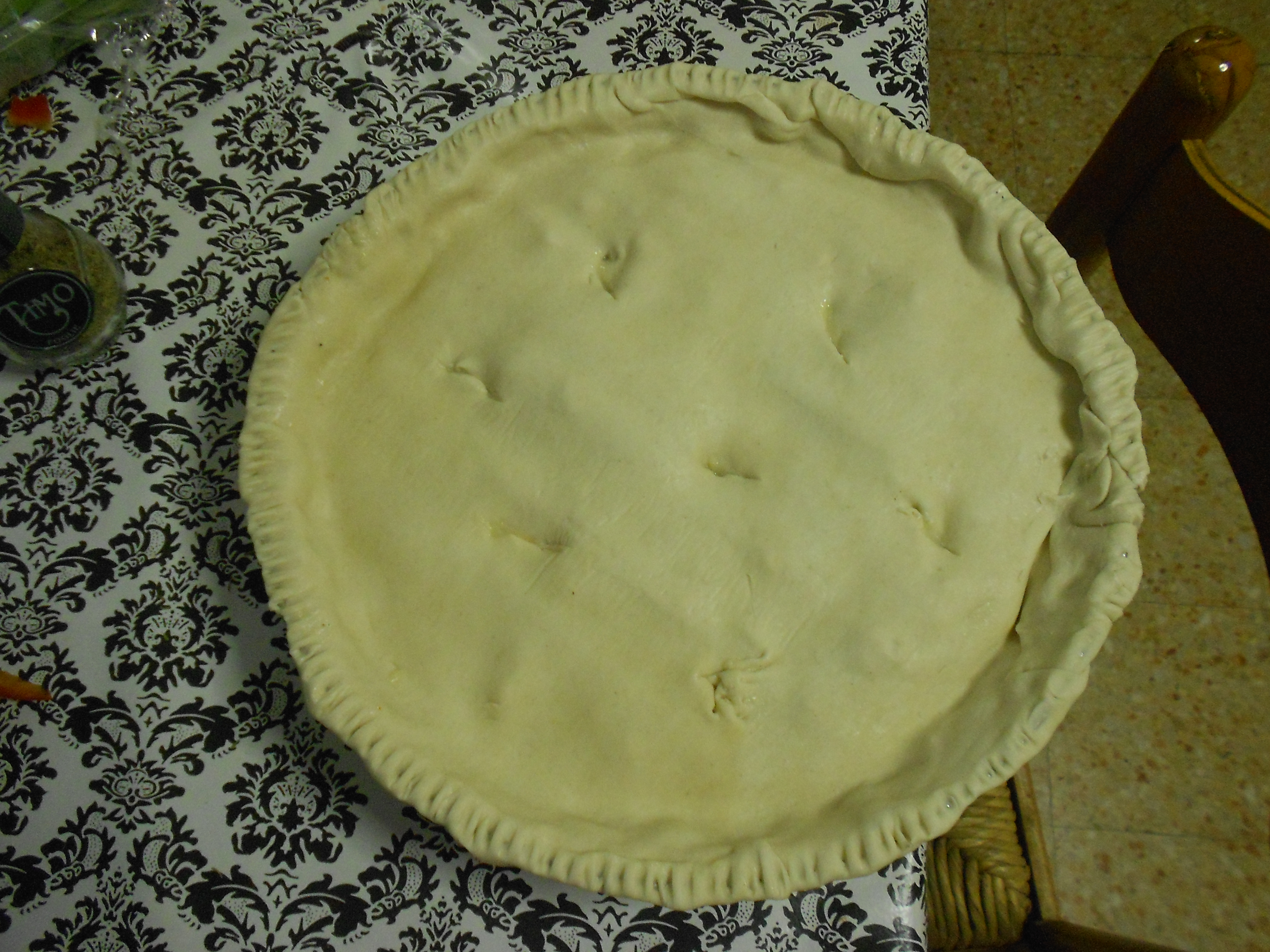 *I would advise cooking the bottom pastry for 5 minutes by itself in the baking pan just because mine was bordering on a little soggy.

Cook for about 30 minutes in the oven and voila (my favorite French word), you have one tasty dinner. We made a fresh salad as a side. Men love this dish (honestly who doesn’t love comfort food) and t-man literally begged me to add this to our winter menu and I couldn’t agree more. 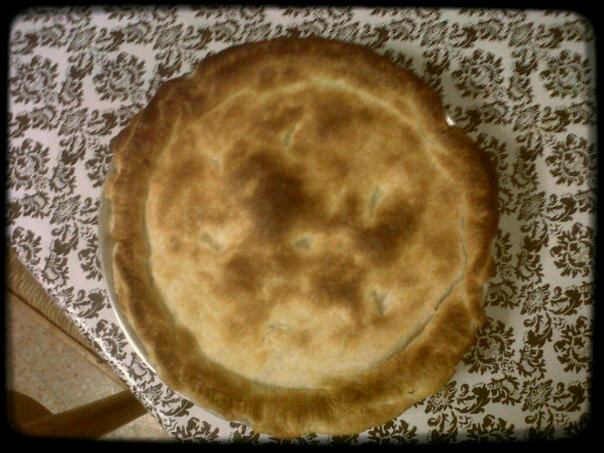 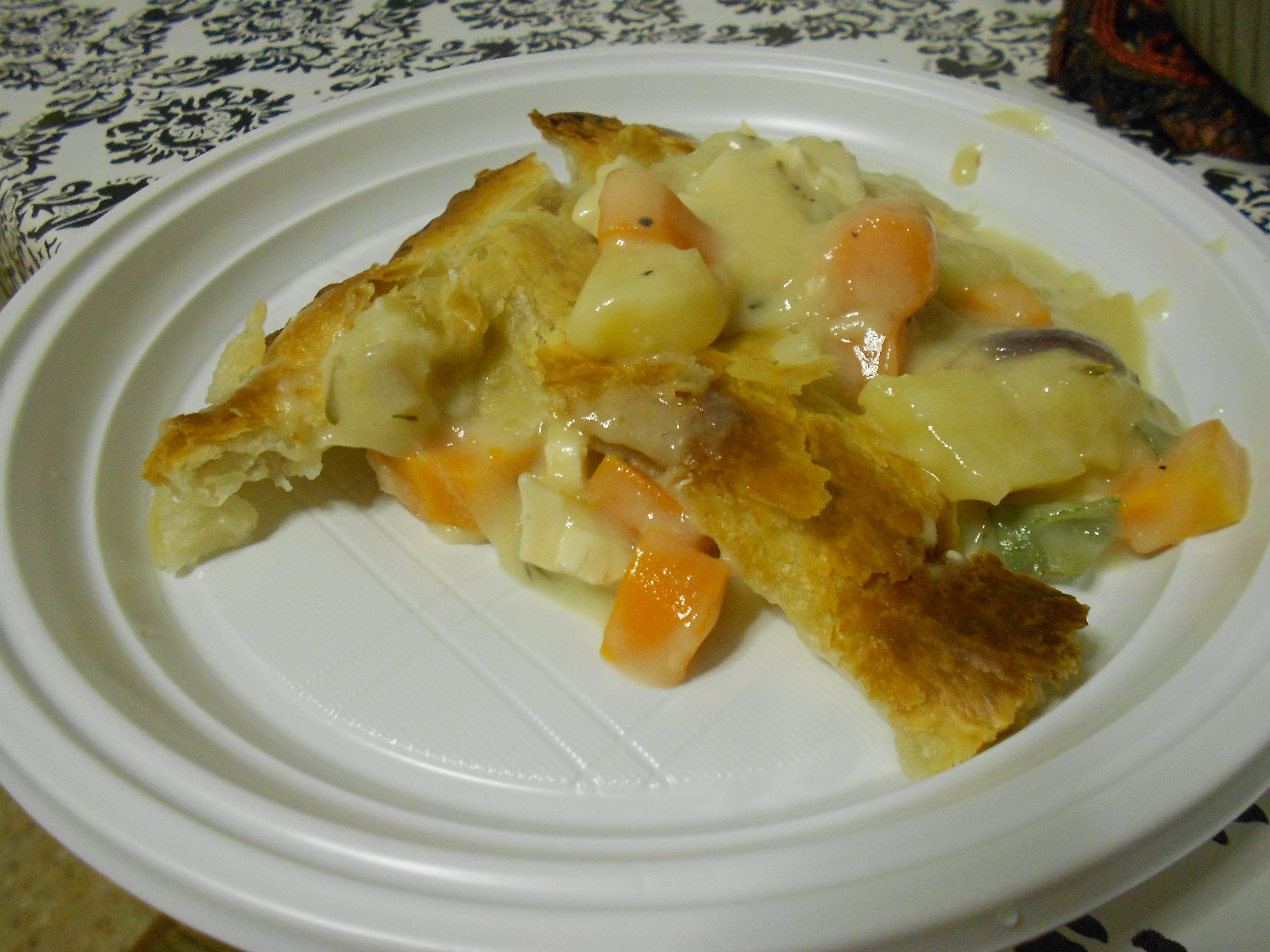 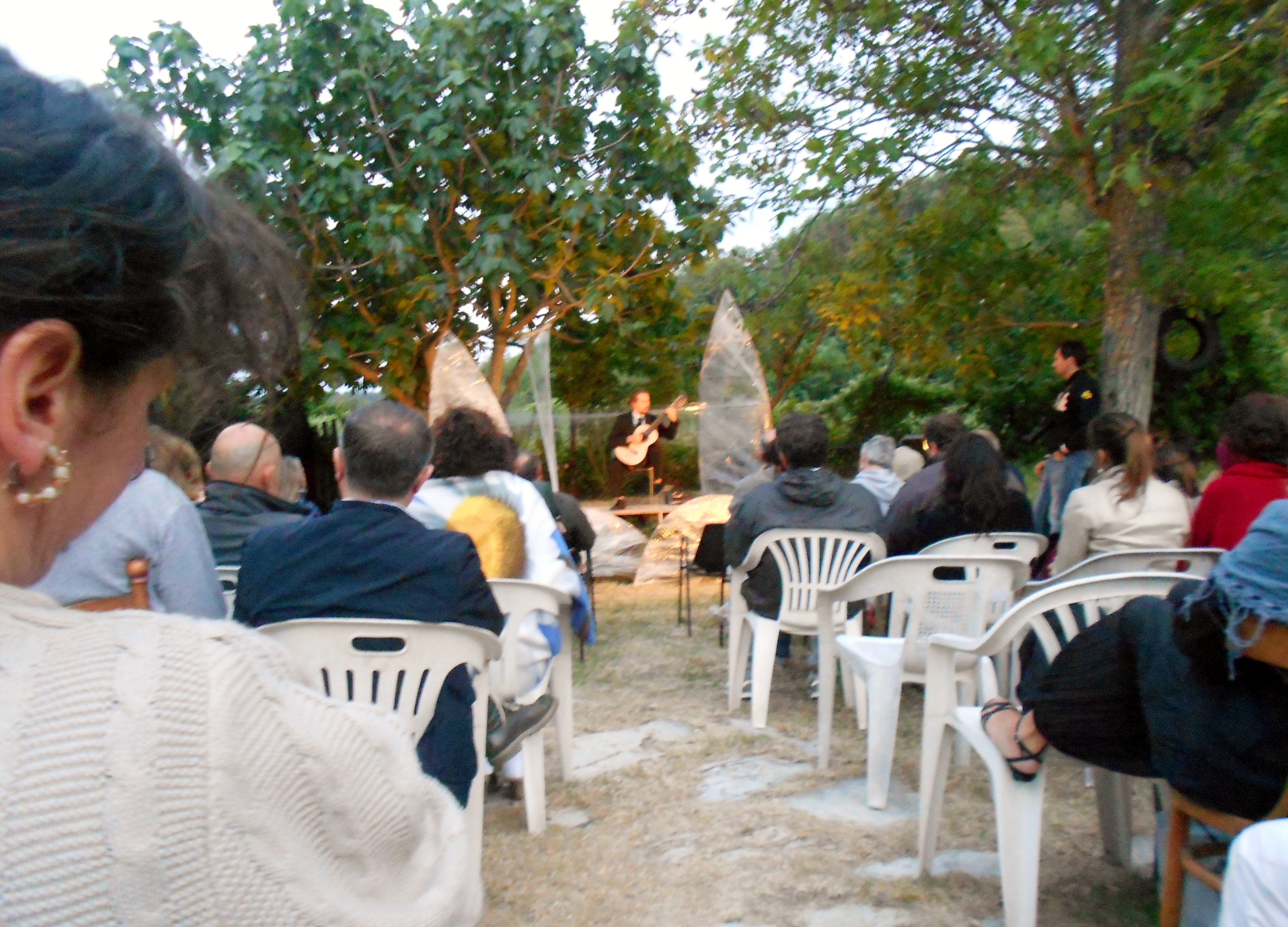 A night of classical music in the Tuscan countryside 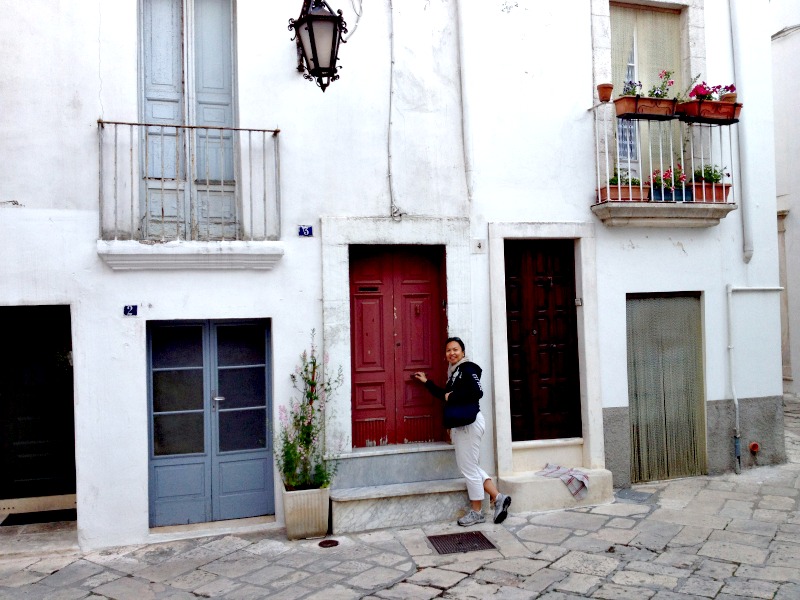 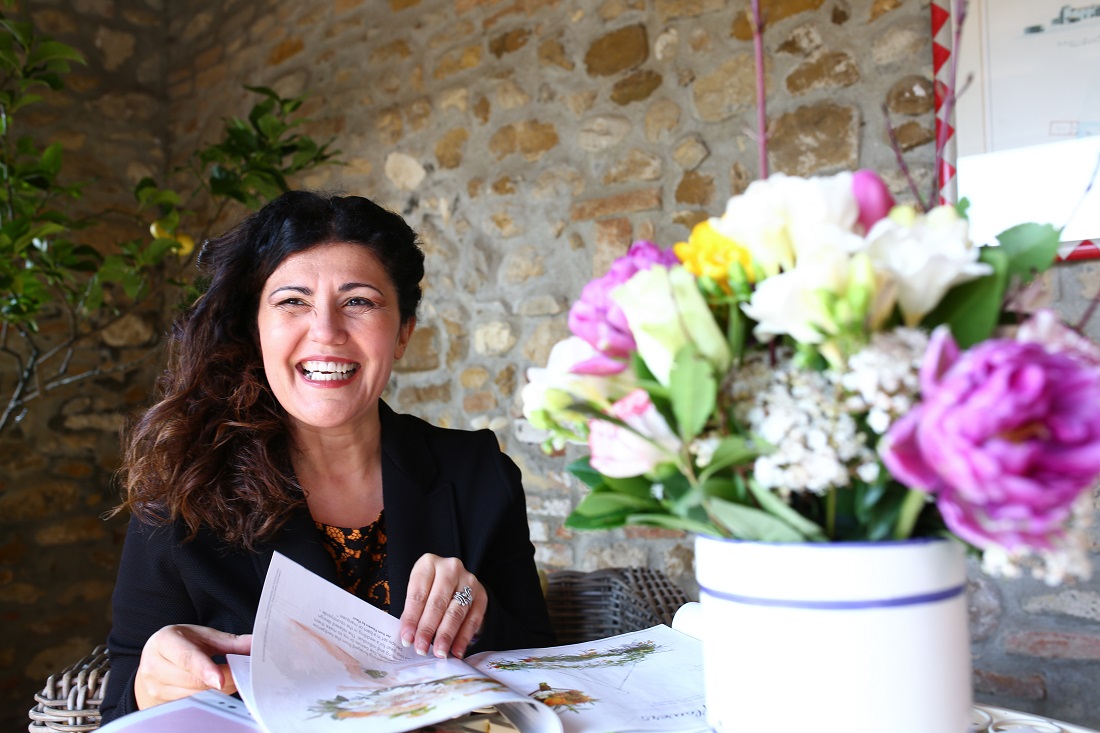 Planning A Wedding In Tuscany: Interview With Simona Cappitelli